PHOTO SHOWS: The approach. Orcas try to stay as low as the water permits, when approaching a colony with playing pubs. They accelerate rapidly and move astonishingly fast in the shallow water.
©Reinhard Radke Nature Photography/Exclusivpeix Media 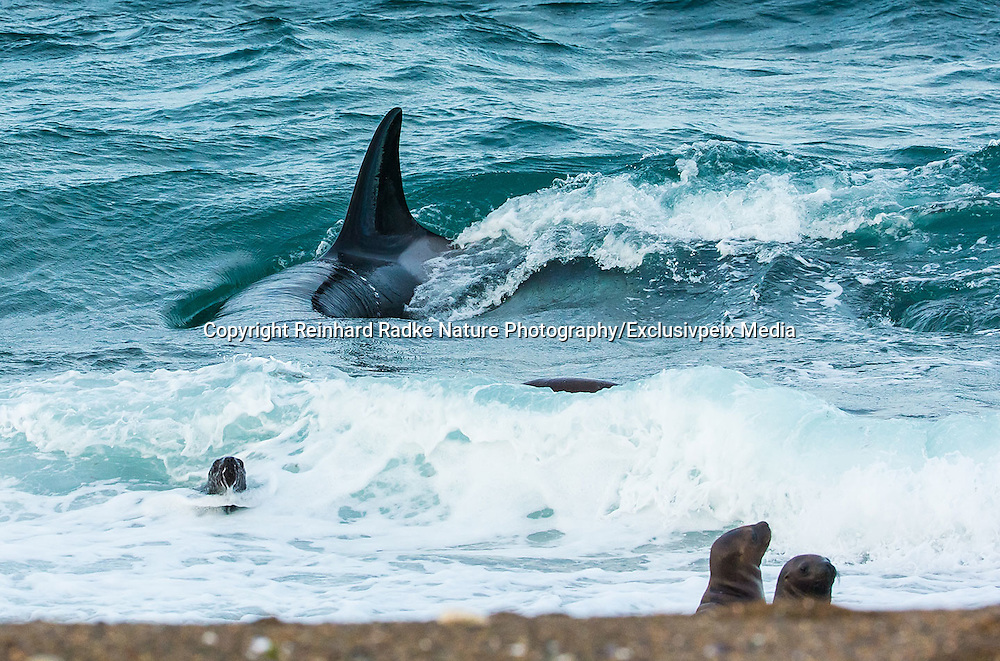