Apr 18, 2011 - Honolulu, Hawaii -
Obama Photo Shrine in Hawaii
Long before he was captain of the ship of state, President Obama dreamed of a life at sea - aboard a pirate ship.
This early photo of the Commander in Chief, all dolled up like a Master and Commander in a Halloween costume, is part of a photo shrine to the 44th President in Hawaii.
The shrine is in a block of flats where young Obama, then known as Barry, lived with his grandparents, Madelyn and Stanley Armour Dunham. The pictures show an idyllic childhood with his family.
Barack Obama’s mother, Ann Dunham, married Barack Oabama Sr. after they met at the University of Hawaii in 1960. After they divorced, Ann married Lolo Seotoro, an Indonesian student, and moved with young Barack to Indonesia, where they lived until he was ten, before returning to Hawaii to live with his grandparents. Obama’s grandfather Stanley died in 1992, followed by his mother, a victim of cancer in 1995. His grandmother, Madelyn - whom he lovingly called “Toot” - died on Nov. 2, 2008, just two days before her grandson was elected President of the United States.
(Credit Image: © Craig Kojima/Exclusivepix) 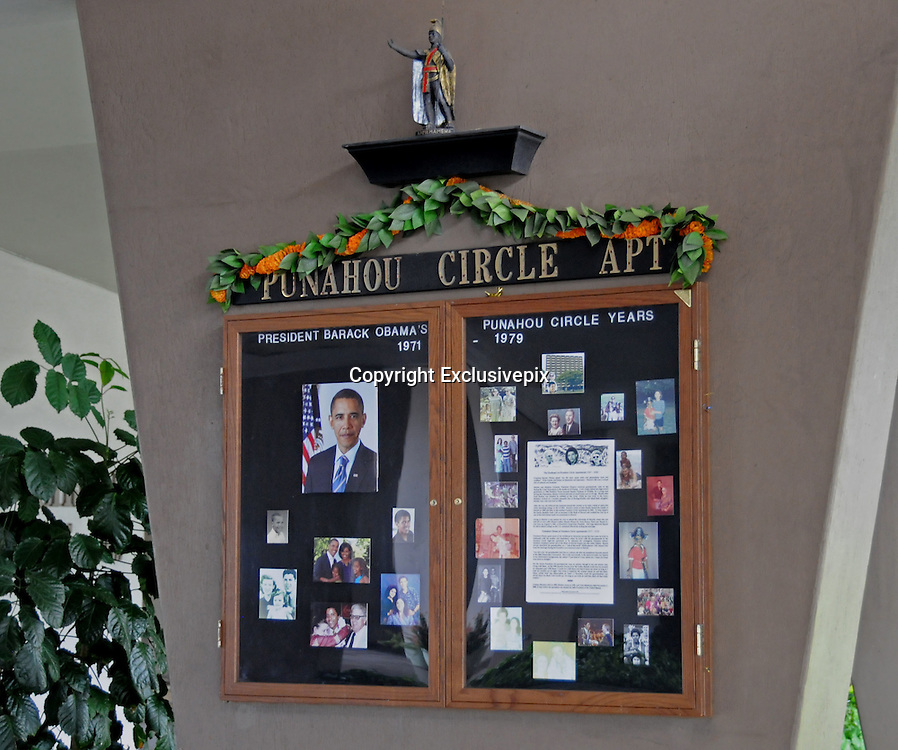