Actor Johnny Depp is putting a whole village in France up for sale as he sells the home he created with his ex-partner Vanessa Paradis for US$26 million.

Johnny Depp spent over US$10 million restoring the village, which he purchased in 2001, but he has now decided, according to sources close to the actor, that it "was time to move on" after separating from Vanessa.

The property is a sprawling 15 hectare estate in southern France. It features more that a dozen buildings offering 1000 sq.m of living space, including 12 bedrooms and 12 bathrooms.

The main house in the Provencal hamlet, dated from 1812, is 400 sq.m and boasts 5 bedrooms, three-and-a-half bathrooms and an art studio.

Other buildings feature a restaurant and bar which is now used as a dining room, a church which has been converted into a guest house, various guest cottages and a wine cave based on a "pirates of the Caribbean" set.

Outdoors the property features a large swimming pool with a sandy beach and bar, a second smaller pool and a skate park. The landscaped gardens feature vines, olive trees and a vegetable patch.

Johnny Depp is not just selling the village, but also all of his furniture and a great many personal belongings. The bohemian atmosphere created by Johnny creates a one-of-a-kind home.
©Exclusivepix Media 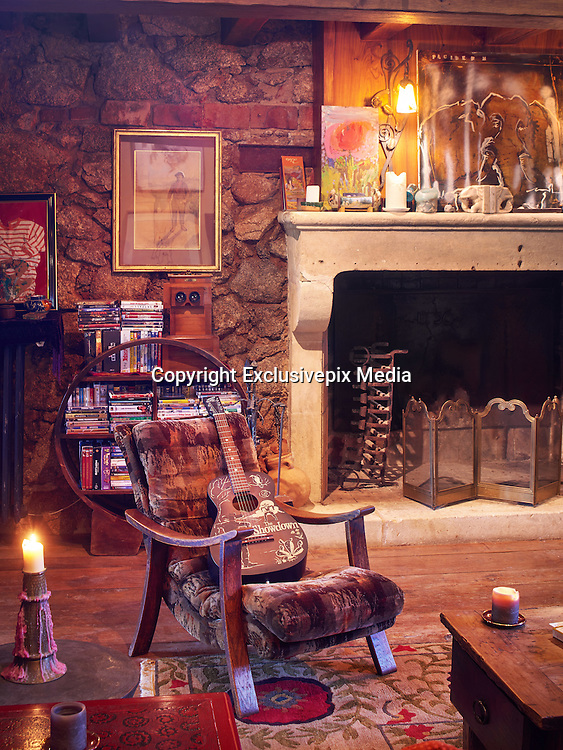