The Pyramid Tomb of Nicholas Cage

The Pyramid Tomb of Nicholas Cage

In 2010 Nicholas Cage purchased the last two plots in New Orleans' thickly populated St. Louis Cemetery No. 1. He had built on it a nine-foot-tall cement pyramid mausoleum, apparently for his future self.

Saint Louis Cemetery is a two-hundred-year-old cemetery located in New Orleans, in Louisiana, that holds the remains of some of the city’s most famous personalities including the voodoo Queen Marie Laveau.

Some say that Cage's love of Voodoo motivated him to locate his tomb in the same ancient cemetery as Marie Laveau, the Voodoo Queen. The pyramid stands, stark and white and out-of-place among the surrounding graves, which are stained with centuries of New Orleans' grime and mold. Its only embellishment is a line of creepy lip prints, apparently left by adoring fans.

While there is no doubt, the pyramid was chosen by the actor to be his final resting place, Nicolas Cage himself has never made a public declaration as to why he bought the pyramid-shaped tomb. Some speculate that the actor prescribes to the beliefs of the illuminati, others attempt to make a weak connection to the picture of a pyramid that appeared on the poster of the movie “National Treasure” in which Nicholas Cage acted. There is even a wild theory that the pyramid is full of gold and cash that the actor is trying to shelter.

Public opinion is divided. Purists hate Cage's pyramid, tour guides ridicule him and New Orleans locals are furious that he was even able to obtain a plot the size of four ordinary burial plots in the cramped graveyard.
©Exclusivepix media 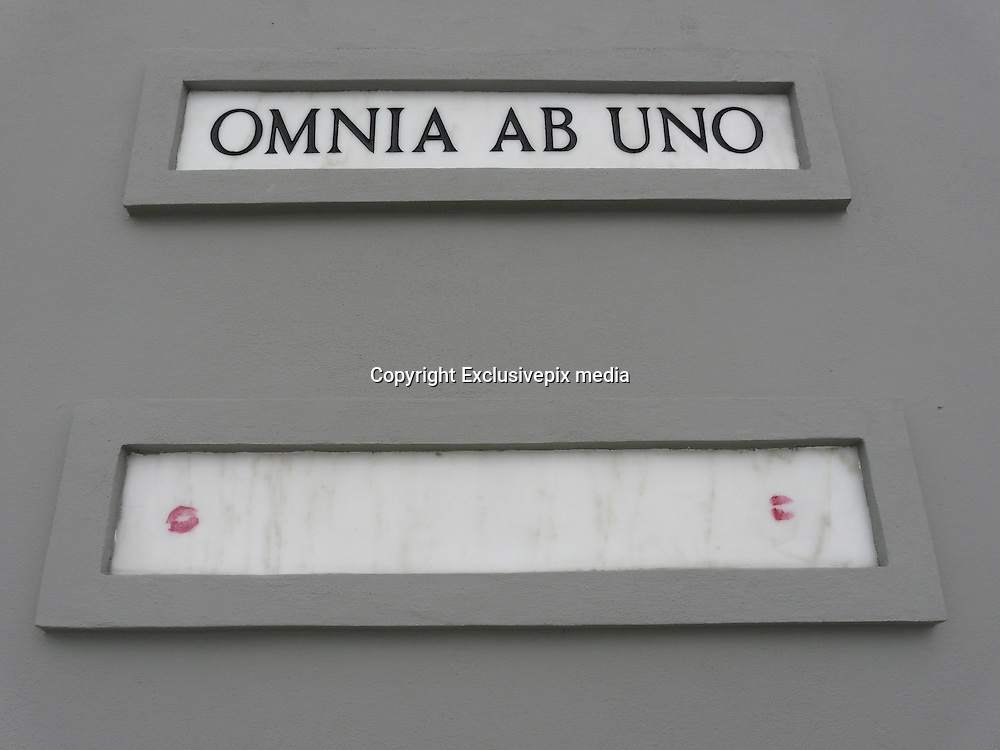