Photo Shows: Workers at the Chernobyl Nuclear Power Plant (ChNPP or ChAES) pass through a radiation checkpoint each day before they board the train home to Slavutich, Ukraine.
©Michael Forster Rothbart/Exclusivepix Media 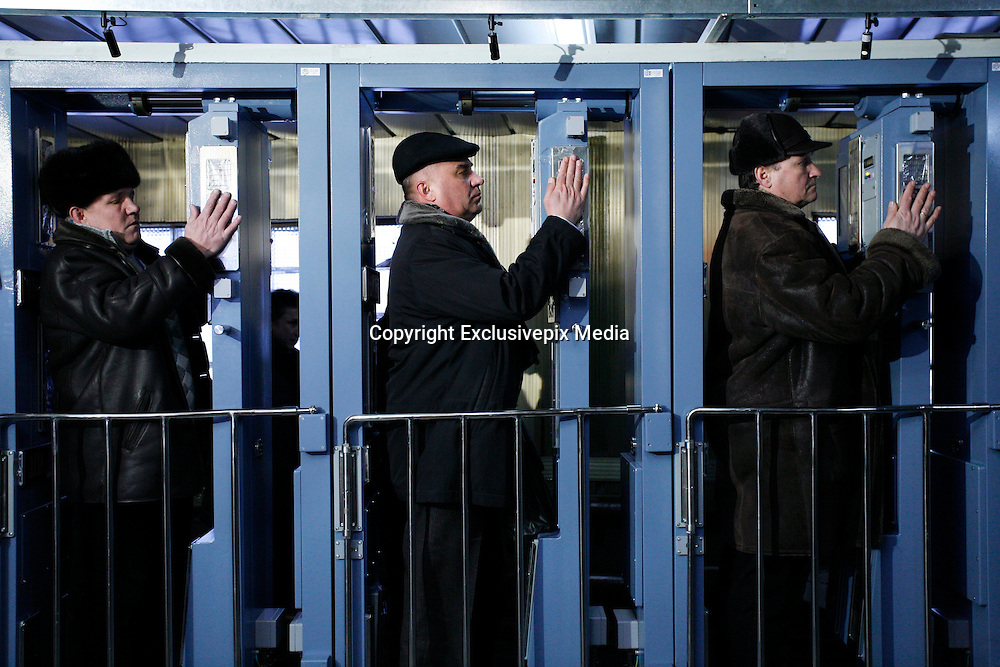