Ralph Mirebs, an urban explorer and photographer in Russia, has revealed extraordinary photos of Soviet space shuttle prototypes gathering dust in an abandoned hangar in Kazakhstan.

The abandoned hangar is located at the Baikonur Cosmodrome in Kazakhstan, which is still in operation today (with the close of NASA’s shuttle program, Russian Soyuz shuttles are the only way for astronauts to reach the International Space Station). The Buran prototype shuttles found by Mirebs, however, are from an earlier era – they are the last remnants of a space program that began in 1974 and was finally shuttered in 1993. The only operational Buran shuttle, Orbiter 1K1, completed one unmanned orbital flight before it was grounded. Unfortunately, this shuttle was destroyed in a hangar collapse in 2002.

many areas of the huge Baikonur Cosmodrome are still in business today, and that it is from here that the Soyuz rockets are launched, supplying the International Space Station in supplies and crew members
Mirebs’ photos show this forgotten space program derelict and frozen in time.
©Ralph Mirebs/Exclusivepix Media 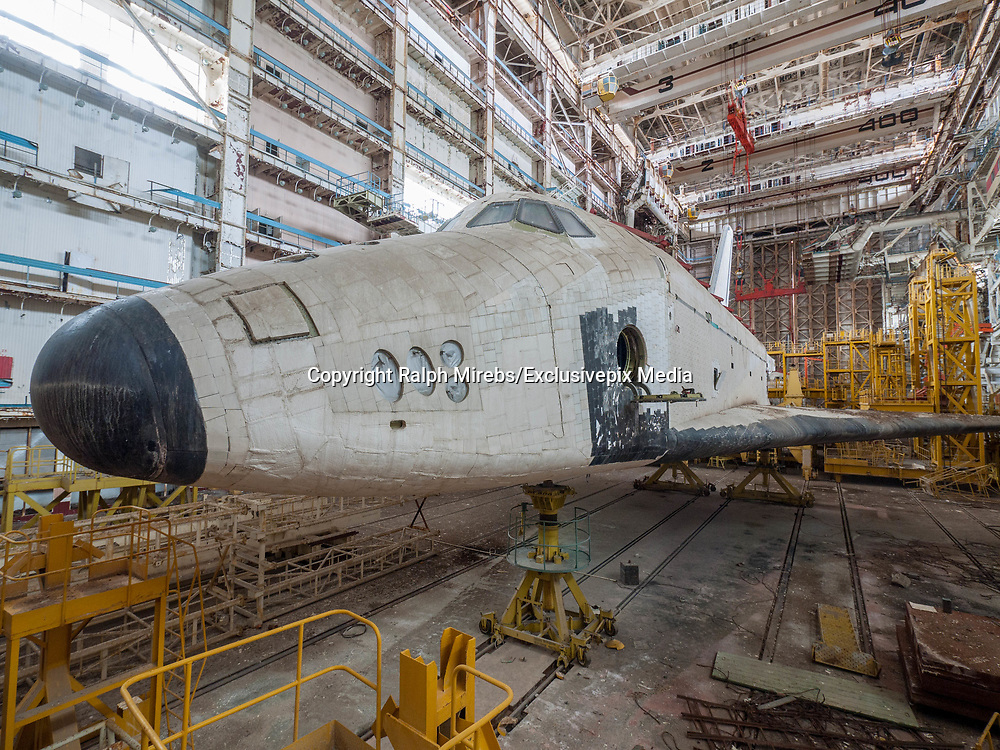