A boy in India is being worshipped as a god-like figure after growing a “tail”.

EXCLUSIVE
A boy in India is being worshipped as a god-like figure after growing a “tail”.
Amar Singh, aged six, has a patch of thick hair on the small of his back, which has grown to more than 12 inches in length to resemble a tail.
He is from Nijmapur, a small village in the state of Uttar Pradesh in northern India.
The family and locals believe that this is some kind of sign that he is connected to the Hindu god Hanuman, a monkey-like deity.
They have also come up with the theory that his condition means that he bears some similarity to a cow, an animal which is considered holy in Hindu culture. This view has been reinforced by the fact that Amar enjoys spending his time playing with cows in the village.
The family say that he was born with the anomalous patch of hair, which was about one inch in length, and then grew over the years. They say that he is healthy and otherwise a normal boy who does well in his studies at school.
“Amar is very loving child,” says Amar's father, Ajmer Singh. “Everybody see him a symbol of god.”
He explains that although the hairs could be easily cut, they do not want to so because they consider them to be a “gift from god”.
Amar is the youngest in the family, with four sisters and one brother.
©Exclusivepix 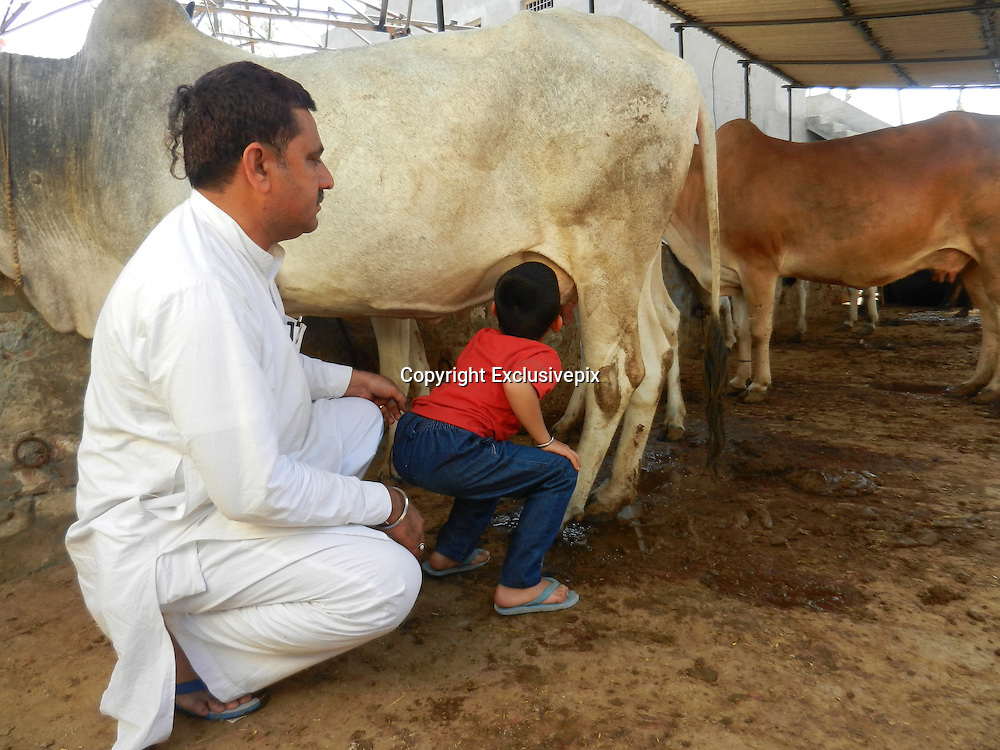