French photographer Eric Lafforgue has spent several years documenting the life and culture of these people, and how they have changed under the influence of modern manufactured goods. An interesting fashion trend amongst the Dassanach is their elaborate headgear, which they make from the strangest of materials — bottle caps, wristwatches, hairclips, and other discarded pieces of plastic and metal.
The Daasanach spend months collecting bottle caps and scratching around for cash to pay for broken watches, which the women makes into jewelry and wigs. These are worn by both men and women, young and old.

“Younger girls and children get the most basic version of the wig, while the oldest women are treated to the heaviest numbers with the most embellishment,” wrote The Daily Mail. “Men are only allowed to wear the bottle top wigs until they marry - after that, they create small clay headpieces decorated with a colourful harlequin pattern and enlivened with a feather, although the latter is only allowed after a hunt or a successful clash with an enemy.”

“The young men love to wear necklaces and earrings while the girls have bigger muscles because they do the most difficult work like carrying water,” Eric Lafforgue told the newspaper.

To prevent their headgears from getting spoiled while they sleep (apparently, they never take them off), they use 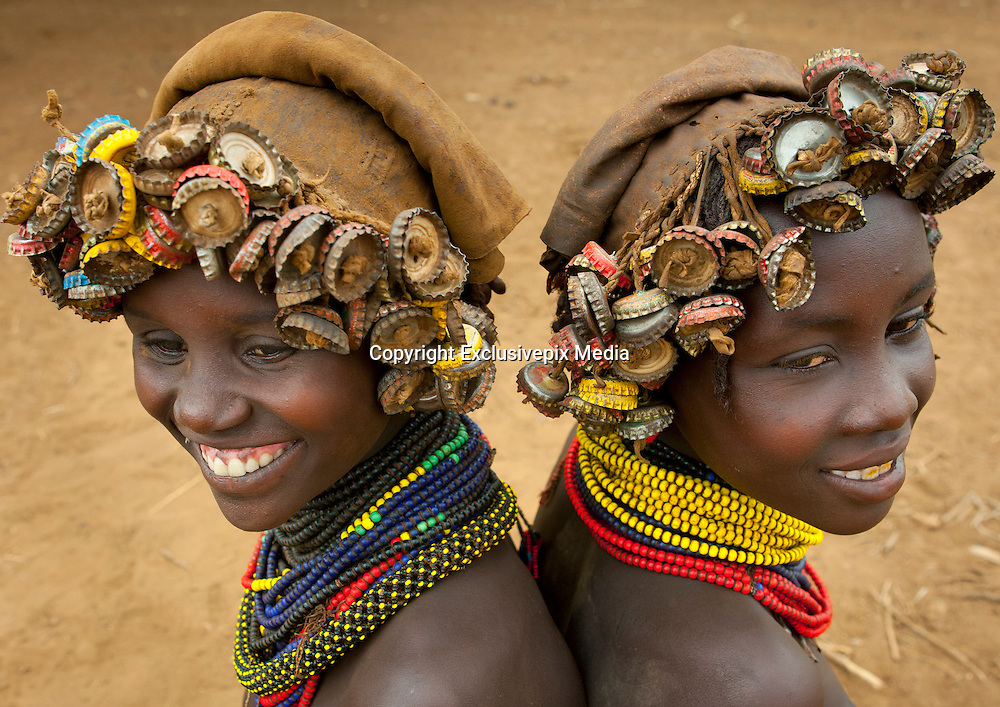