A relative of child victim holds his child at Penglai Funeral Parlour on November 19, 2014 in Penglai, Shandong Province of China. 11 kindergarten children and 1 driver died and 3 kindergarten children were injured during a collision between a truck and a minibus on the slip road to the new Yantai airport in Chaoshui Town, Penglai City of East China\'s Shandong Province. The minibus belonged to a local private kindergarten and was overloaded at that time according to Xinhua\'s report. The cause of the traffic is still under investigation. ©Exclusivepix 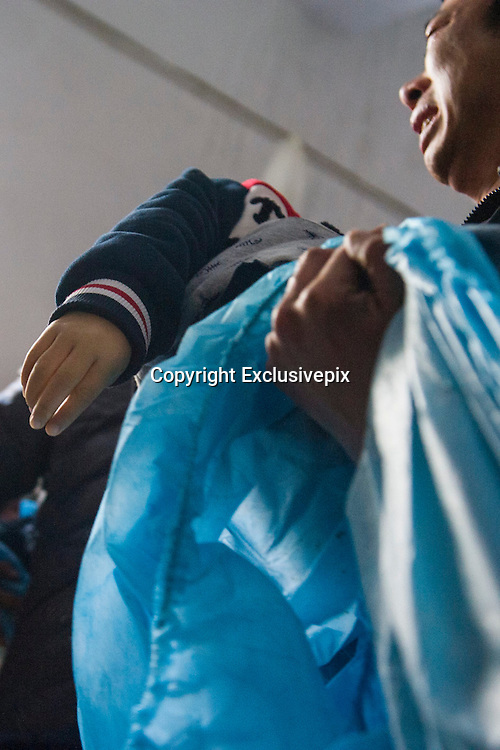