PHOTO SHOWS: Playing sea lion pubs in the shallows. In March/April the pubs start going regularly into the water to exercise and play. These pubs are fairly easy prey for orcas – as long the whales can get close to them.
©Reinhard Radke Nature Photography/Exclusivpeix Media 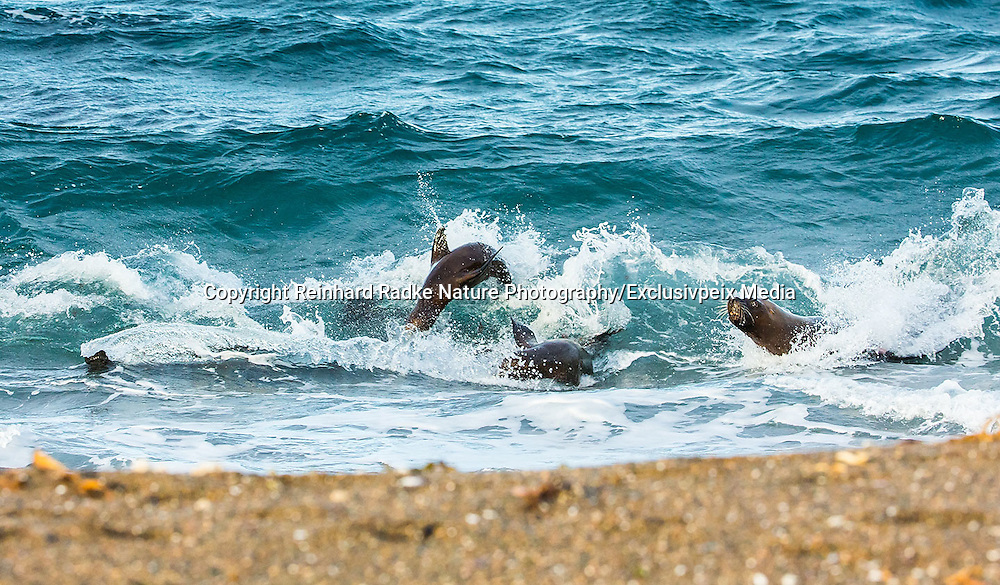