Bhiwandi – INDIA. EXCLUSIVE
The 3 Wishes : A Father’s Race against Time

Nihal Bitla is a 14 years old boy, with bright eyes & child like innocence, but has the body of an elderly man, with wrinkled leathery skin, a bald enlarged head, and withered limbs.

Nihal, who lives on the outskirts of Mumbai, India, suffers from a rare genetic disorder called Hutchinson-Gilford Progeria Syndrome, which causes him to age eight times faster than normal.


“I ignore it now if people stare at me because of the way I look,” says Nihal, who stopped going to school five years ago because he was being teased about his condition by his classmates.


Nihal doesn’t like the 2009 Bollywood movie ‘Paa’ so much. While he was always the odd boy out because of the way he looked, school life became all the more difficult for him after ‘Paa’ released. The movie had Bollywood superstar Amitabh Bachchan play a progeria patient, named Auro. Nihal’s fellow students began teasing & calling him Auro. Tired of his friends’ barbs, he stopped going to school . The last straw was when a fellow student told him he too would suffer a heart attack like Auro did in the movie. Repeated attempts by teachers, who felt he was a bright student, to get him back to class failed. Some of his friends tried too, but Nihal didn’t budge. Now he stays home on most days, rarely ever stepping out of the house and spends all his time either painting or surfing the net.

His father, Srinivas, who owns a small mobile phone repair shop, says that Nihal was the first person in India to be discovered with Hutchinson-Gilford progeria syndrome, the most severe form of progeria.

Most children with the disorder only live until the age of 14, with heart attacks and strokes being the common causes of death.


Progeria is believed to have inspired the story by F. Scott Fitzgerald, The Curious Case of Benjamin Button, which was the basis for a film starring Brad Pitt, about a character born as an elderly 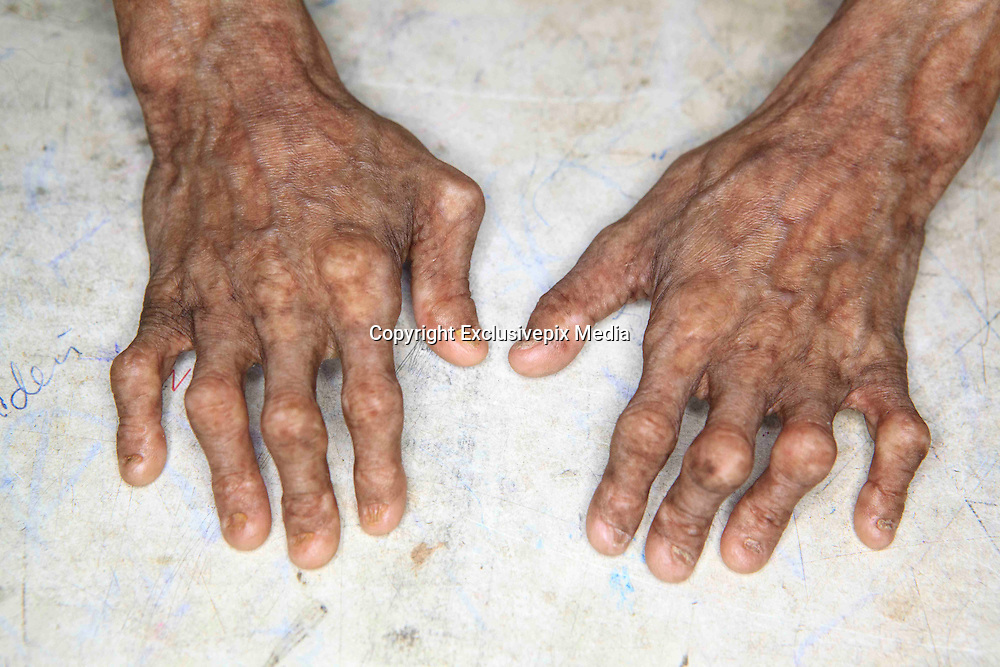