Living In Containers
By Ton Koene

The Netherlands is a country with one the highest population density. Especially in the ‘randstad‘, the heart of the Dutch ecomony, consist of Amsterdam, Rotterdam, Utrecht and Den Haag (7 million people) . The Randstad is together with London, Paris, the Flemish Diamond and the German Rhine / Ruhr area one of the main urban concentrations in northwest Europe.

The area has turned into a busy beehive were land is scars and every square meter needs to be used effectively. Prices of land and housing have gone through the roof. As a result, many families have decided to leave this congested area and move to villages and towns less populated.

However, many do need to live in this economical heart as they have jobs there or study. Talking about students: serious shortage of cheap housing has made it problematic for students to find accommodation. A company in Holland (Tempo housing) has found a solution: Keetwonen (keet=container, wonen=living).

In 2007, they built a small city out of containers just outside the centre of Amsterdam; Over 1000 used sea containers have been converted into apartments and stacked as Lego blocks onto each other. It is the biggest container village ever built in the world. Tempo housing has designed, developed and built these temporary housing units especially for students.

Living in a converted shipping container is a new concept in the Netherlands. It turned out to be a big success under students in Amsterdam and it is now one of the most popular student dormitories in the Netherlands. The student housing foundation "De Key" (www.dekey.nl) in Amsterdam takes care of the administration and supervises the buildings. There is an official waiting time of 2 years but most students can move in much faster. In fact most students who inhabited the containers have been living here from the beginning when the units were built.

The early day's fears that the container homes are too small, too noisy, too co 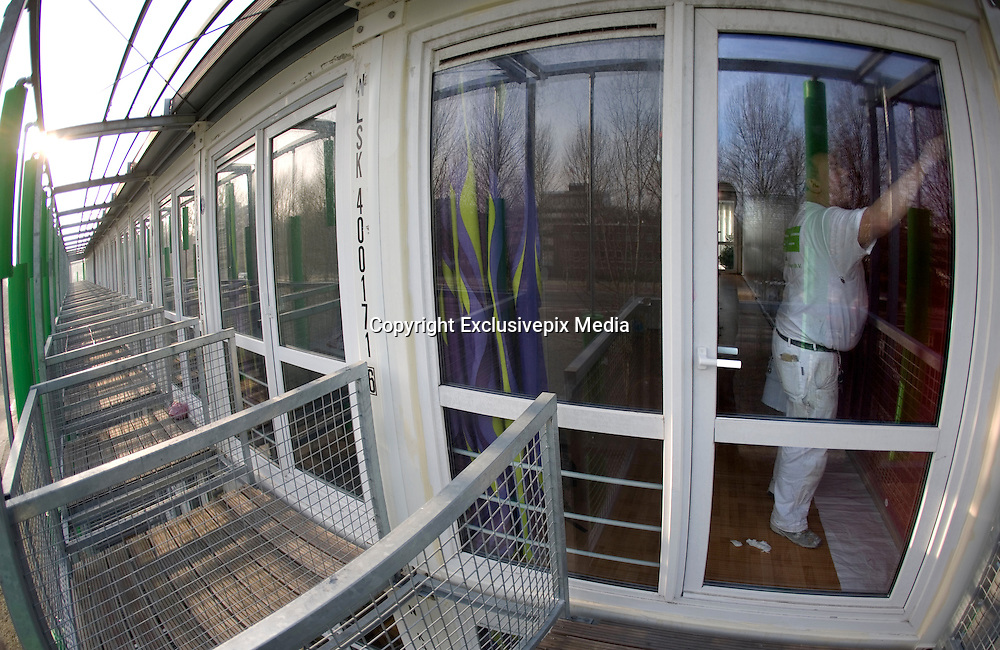