PHOTO SHOWS: It is a windy day and many breakers cover the sound of the young sea lions. So, many attacks failed that day because location of prey was difficult for the whales.
©Reinhard Radke Nature Photography/Exclusivpeix Media 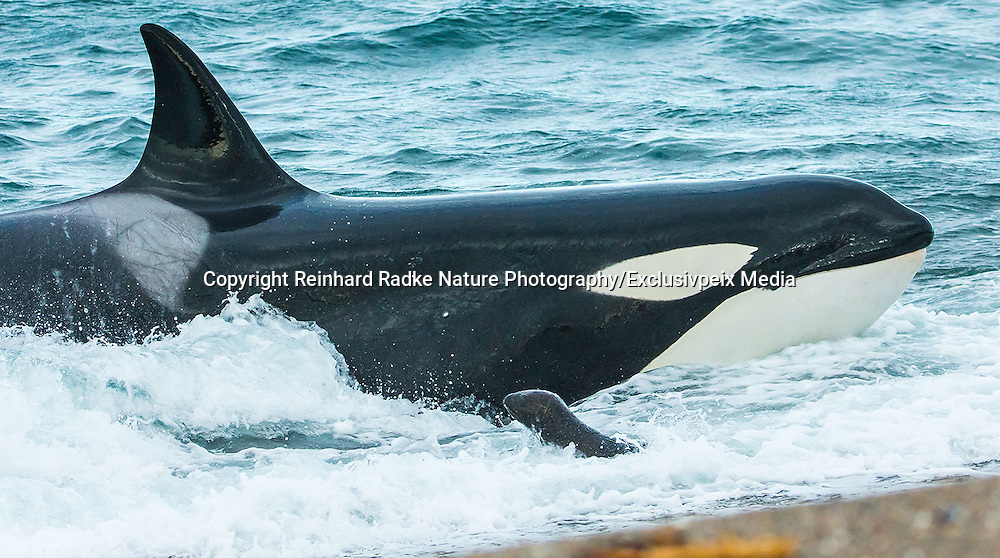