PHOTO SHOWS: Female sea lions and their pubs, playing in the surf. The pubs are the target for the whales.
©Reinhard Radke Nature Photography/Exclusivpeix Media 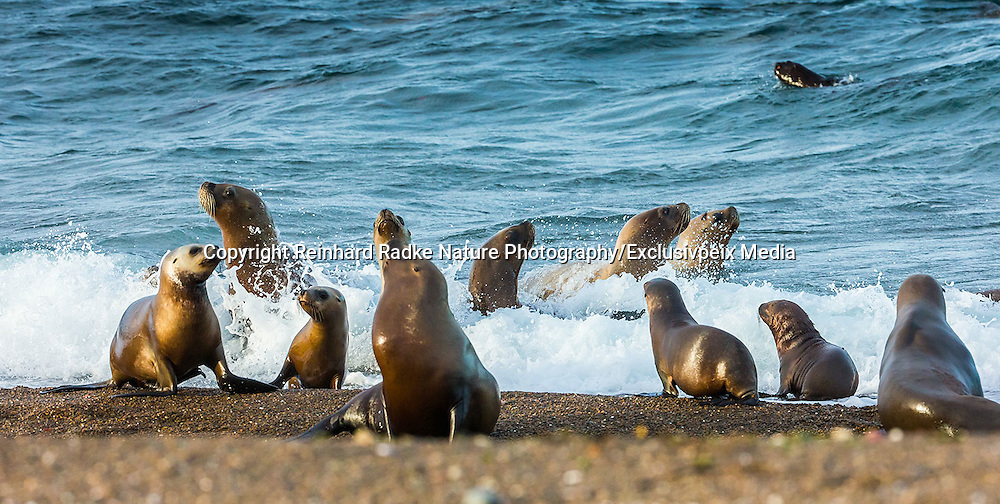