Handoko Njotokusuma The owner who is also a 59-year-old businessman has even claimed to have two types of smart Goldens. Ace and Armani also often invited to stroll around the city of Surabaya on a motorcycle like a beloved grandchild.

"At the age of four months, I taught them how to sit in the front. After they grew to full size, approximately eight months, Handoko taught them to sit on the luggage rack. After being taught, bothe dogs would take it in turn and wait for there chance to sit on the engine.
Many people who are interested want photos with Ace and Armani. I am happy every day, "said Handoko.

With there helmet and goggles on the dogs enjoy there daily ride. Ace and Armani always travelby motorcycle, since they were a few months old said
Mr Njotokusuma, Every time they see the owner Handoko leave home, they run and want ride the bike. There is something that sets them apart as Armani is one who can only sit in the back, but the Ace can sit in the front and rear.
Because of the uniqueness of the second dog, even Handoko to ever get a high price bid to buy Ace and Armani. But for Handoko, both dogs are like flesh and blood "To me, they are like my children. I love them like a loving wife and my biological child." 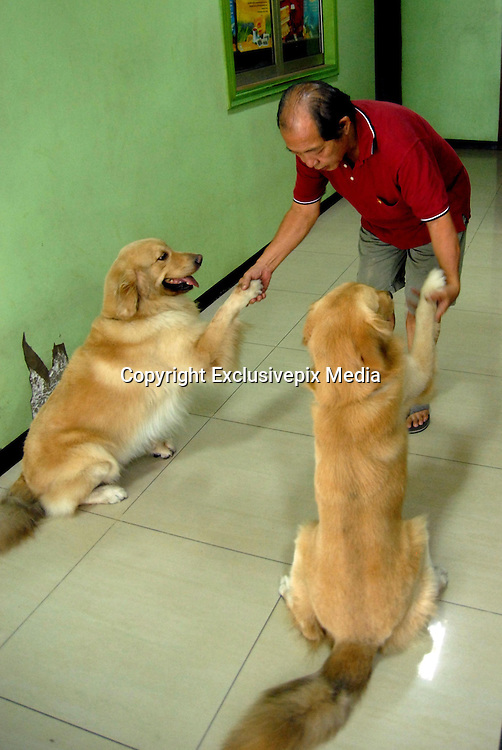