Drawings Made with Fingerprint Patterns by Nicolas Jolly

Drawings Made with Fingerprint Patterns by Nicolas Jolly

Fingerprints is a brilliantly executed series of black ink drawings by French artist Nicolas Jolly that features various scenes in an intricately applied fingerprint pattern. Each meticulous piece in the collection presents a laborious effort consisting of thousands upon thousands of tiny black streaks working in unison to result in a cohesive image.

Upon closer inspection, one is able to take in the minute details of Jolly's work as the dashes move in conjunction with one another and seamlessly part ways in different directions. Additionally, the artist's swirling patterns allow the viewer's gaze to wander all around, like a traveling stream.

It's the visual journey throughout each figurative illustration that builds the audience's admiration for the artist's diligent work. Jolly's ability to form figurative illustrations with abstract markings relies heavily on his keen eye and crafty talents. The clever artist skillfully alternates the width and length of his markings to simulate light, shadows, and shape. When viewed from afar, the images seem whole with a magnificent sense of movement and texture.
©Nicolas Jolly/Exclusivepix 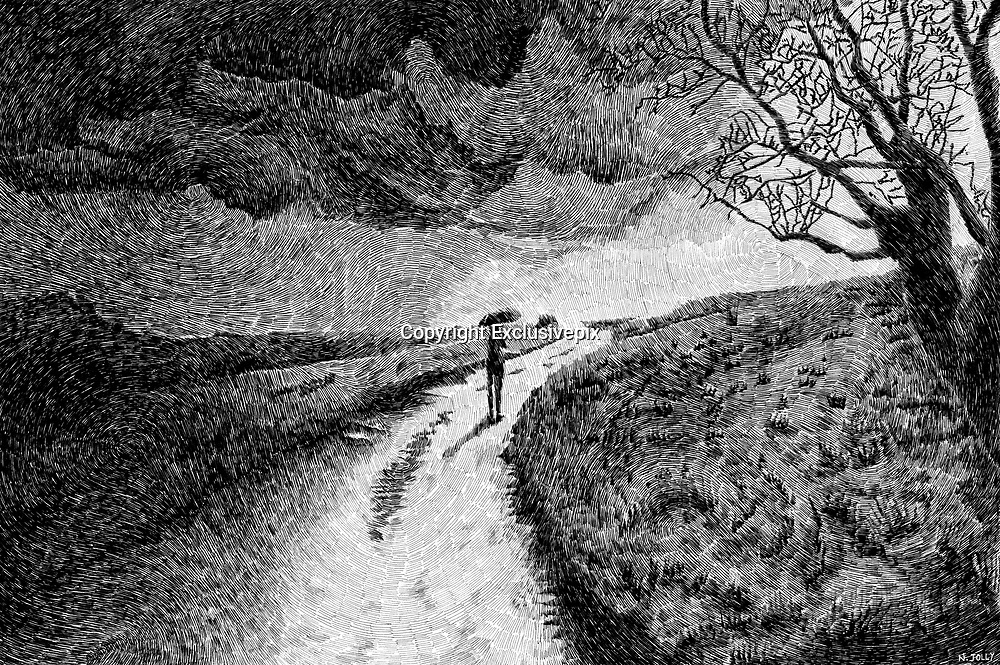