Photo shows: The only way for foreign tourists to reach Paektu is by plane from Pyongyang to Samjiyon airport using an Air Koryo domestic flight. You will share the plane with soldiers. Those planes are very old and would be black listed in Europe. The use of my laptop was forbidden during the flight, long time before Trump did it too!
©Eric Lafforgue/Exclusivepix Media 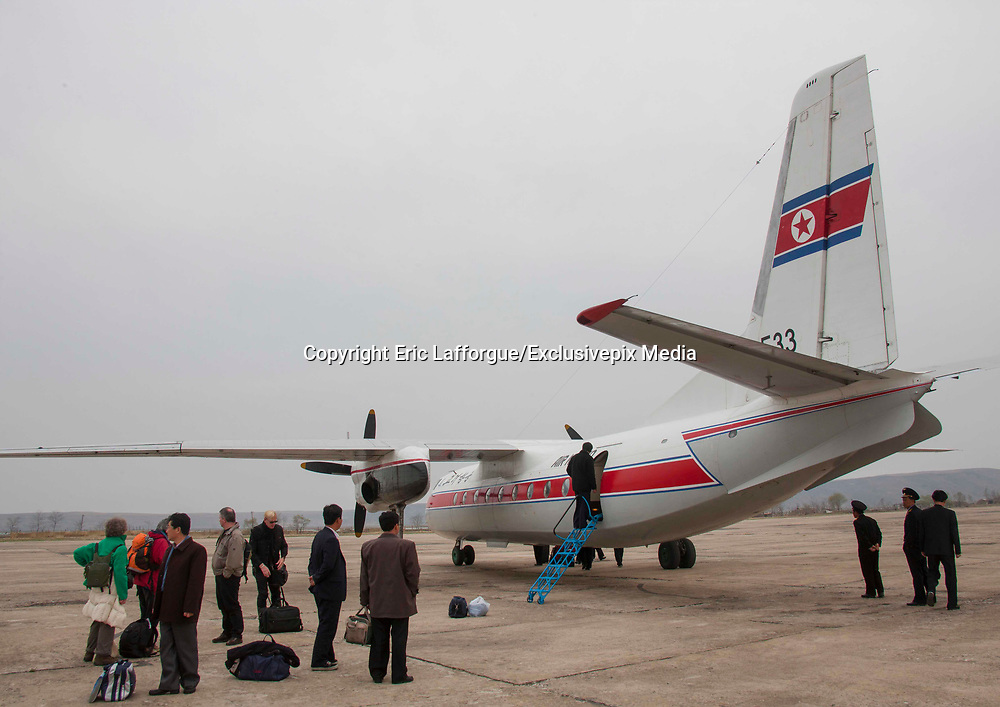