Photo shows: Kim Jong Il Native Home. It is a wooden house in the forest where Kim Jong Il is supposed to be born on
February 16, 1942. Inside, you can see the toys and blankets used by baby Kim. In fact Kim Jong-il was born
in Siberia, Russia during his father's period of exile from Korea in 1941..
©Eric Lafforgue/Exclusivepix Media 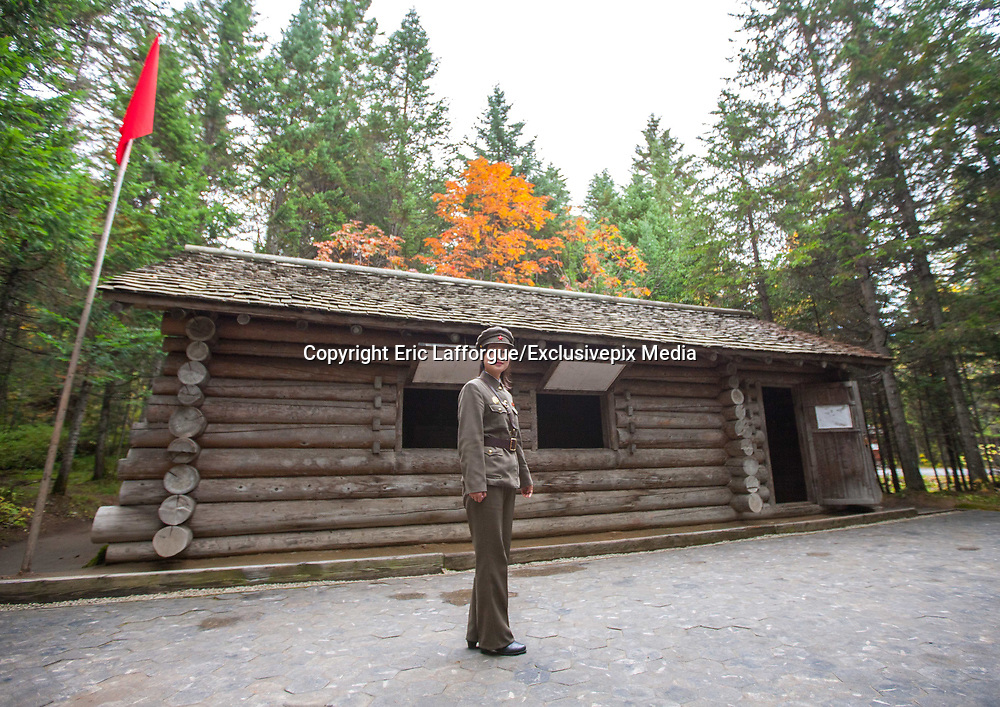