Photo Shows: Viktor and Lydia Gaidak sit in their apartment in Desnyanskiy district at the outskirts of Kyiv. Viktor worked for 24 years at the Chernobyl nuclear power plant, including 9 years after the 1986 catastrophe. In 2004 he had surgery for colon cancer. "When I was sick with cancer," says Gaidak, a retired engineer and liquidator, "we 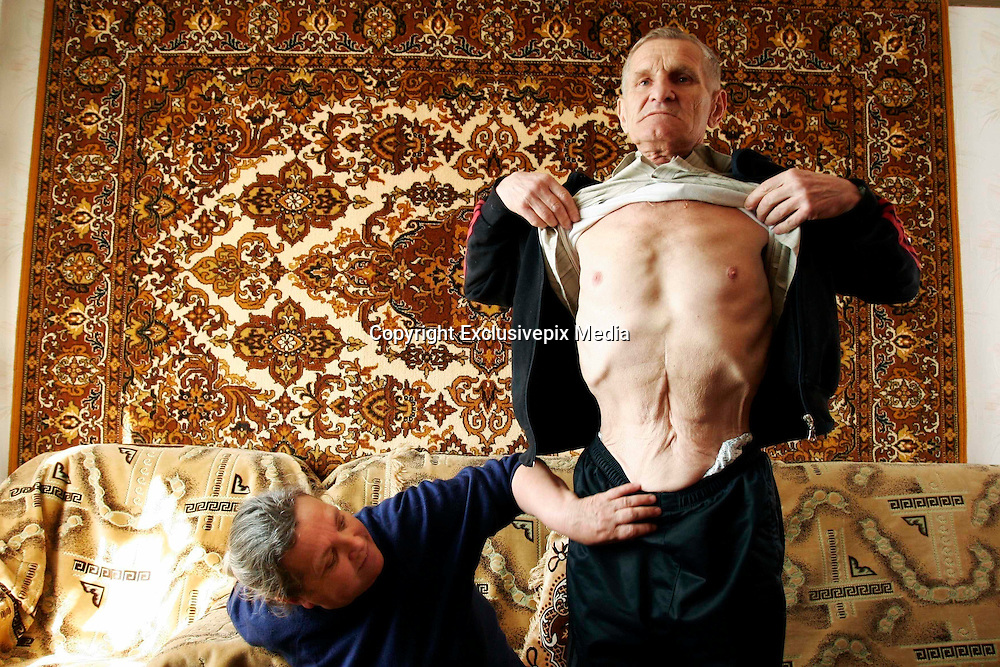