Huge Eagle Nest In the Woods

Huge Eagle Nest In the Woods
This amazing place was found by one geologist from Irkutsk in summer 1949. It was a huge convex truncated cone with an upper horizontal section. Inside it had a funnel-shaped recess with a dome-shaped hill right in the middle.

The cone was rather big. Its height was about 10-15 meters from the upper side and 70-80 meters from the bottom side. The average diameter of the cone was about 130-150 meters. The depth of the inner circular ditch was about 8-10 meters. It was clear the geologist found a unique natural formation which didn’t resemble any others. It was called the Patomsky crater after the river in the watershed of which it was located. From afar the object resembled a giant slagheap but there were no people so deeply in the taiga who could make it. And there were never labor NKVD camps in the area. Archaeological artifact? But local Evenks and Yakuts had never been like ancient Egyptians and they had never been able to build something like this. Scientists were close to thinking about mysterious Hyperboreans who allegedly created an ancient powerful civilization in the ancient times…

The geologist Vadim Kolpakov, who found the crater, was trying to arrange an expedition to the place of the object but it was never financed, because all money was spent for searching of uranium – the country needed a nuclear bomb. The first expedition took place only last year. One of its members mysteriously died of a heart attack when came close to the crater… Did the Eagle’s Nest choose its victim or what?
When the first color photos of the crater were presented to the public it created a furore in the world of science. There appeared numerous versions: from secret Gulag’s mines to a spontaneous nuclear explosion of uranium ore.

The crater has always been surrounded with dark legends but it was not hard to find another team who would participate in another expedition. They accumulated half a ton of samples and different equipment bu 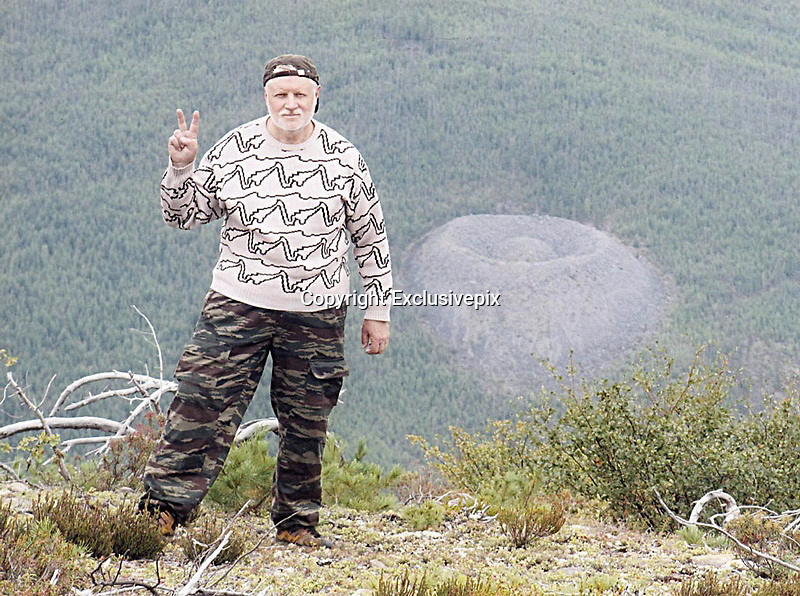