EXCLUSIVE
A story of a group of women in Mexico that selflessly help illegal migrants from Central America that try to get to the US by riding a cargo train, and become victims of gangs and the brutality of the police. The women started off by simply providing food to those on the train, but now they also have a shelter, and have become pretty well organised Photographer Michal Huniewicz visited that shelter and stayed there for a while, and got to know them better, as well as a group of migrants, including two women who had just been threatened with rape, so it was quite a challenge for Michal to speak to them without making them feel uncomfortable. In the end, he managed to establish the dynamics of the group, who did not trust whom, who was prepared to leave the rest behind, in some ways knowing more about them than they did themselves......


It's 4000 kilometres between the southern and northern borders of Mexico. To the south, there are the troubled Central American states, riddled with corruption and violence: Nicaragua, Guatemala, El Salvador, or Honduras. To the north, the dream destination for many people around the world: America.

America, where life is easy, you can get a job even if you don't speak English, and needn't worry about violence. Or at least this is what most of the Central American migrants tend to think when they venture across Mexico, illegally riding the Beast of Iron - a cargo train. The highly dangerous journey turns them all - groups of young men, couples, families with children - into sitting ducks, as they often become victims of Mexican gangs (Mara Salvatrucha being just one of them), rogue Mexican police aware of their helplessness, as well as injuries, extreme temperatures, thirst and hunger.

They are not completely alone though.

When 20 years ago two women were walking along the tracks, they heard loud cries coming from the passing train. "Mother, mother! Please, we're thirsty! We're hungry!" Being asked for help and referred 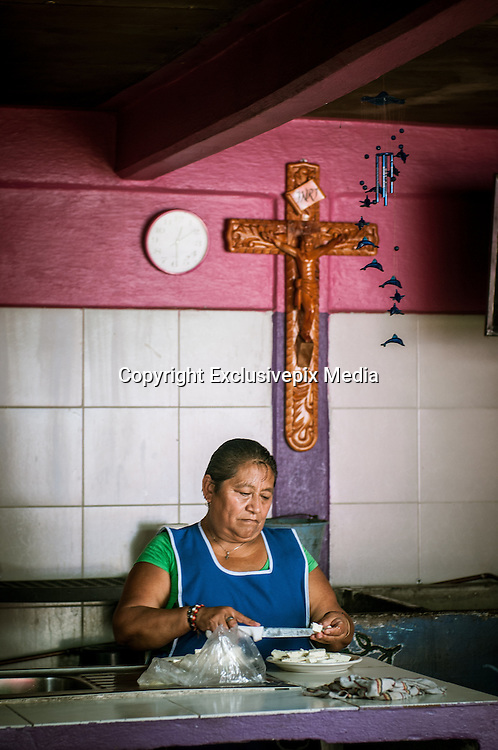