The babies with one heart: Rare conjoined twins born in Indonesia with a completely attached chest and abdomen

The conjoined twin girls born in Indonesia today were have a very rare condition which means they share a chest, abdomen and incredibly - a heart.
Images have emerged showing the babies in a hospital bed in the Neonatal Intensive Care Unit of Soetomo Hospital in Java.
They fall under the most common type of conjoined twins known as 'thoracopagus' which means they are joined at the upper torso and have just one heart between them, making it 'nearly impossible' to separate them and save both babies.
Specialists from the hospital where they were born helped carry out the separation of conjoined twins at another medical facility in South Sumatra in 2013.


The twins born today cannot be torn apart because they share vital organs but Soetomo Hospital has reportedly performed separation surgeries on 53 conjoined twins in the past.
According to a Jakarta Post report, only two of those surgeries failed because of 'anatomy and heart abnormalities in the babies'.

Conjoined twins occur about once in every 200,000 live births and their survival is 'anything but assured' according to the University of Maryland Medical Centre.
It claims 40 to 60 per cent of conjoined twins arrive stillborn and tragically, about 35 per cent only survive for a single day.


The are genetically rare and always the same sex because they develop from the same fertilised egg and share the same placenta.
'Twinning' occurs either when a woman releases two eggs instead of one or she produces an egg that divides after it has been fertilised.
Although there are many different types, the most common form of conjoined twins is thoracopagus which means they are combined at the upper torso like the baby girls in Indonesia.
These twins share a heart which - depending on how closely they are joined - makes it 'nearly i 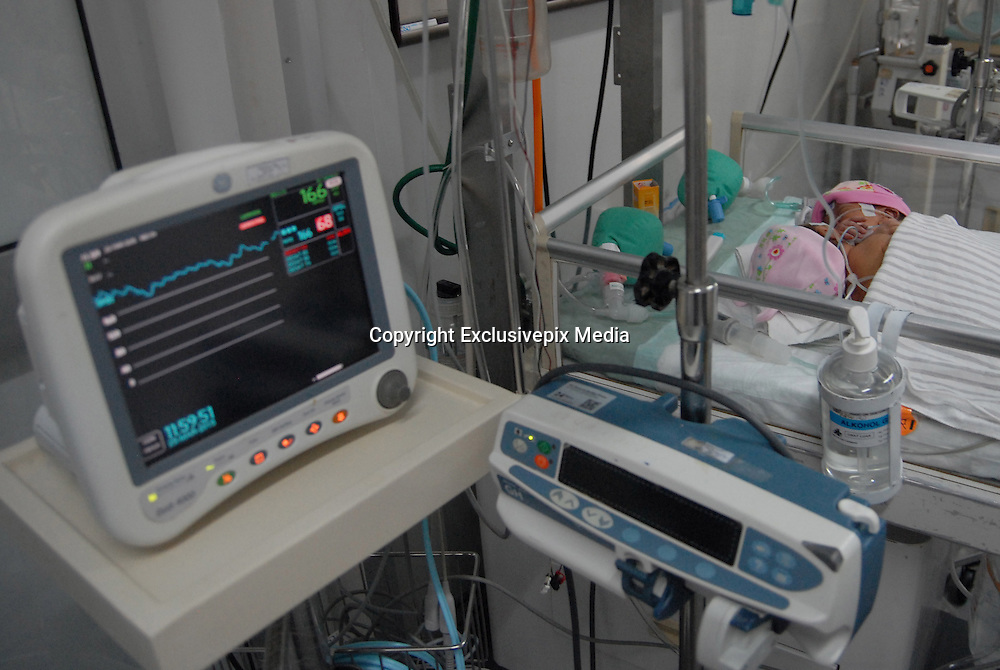