Former Gogglebox and Celebrity Big Brother finalist George Gilbey was
spotted out at the weekend in Wells in Somerset. The Wells Food Festival was
in full swing when George teamed up with Far Flung Foodie Nigel Gifford.
George was keen to don the chef whites and get stuck-in preparing Arctic
Fish Soup as eaten by the indigenous Inuit people of Greenland, he also
tried his hand at a Nepalese delicacy which is the staple of Sherpa's
leading treks to Everest Basecamp.

Nigel is an expedition cook, who's Far Flung Foodie business recreates
expedition dishes, authentically using ingredients and cooking methods that
would have been used by some of the world's most famous explorers. George
was learning the ropes and asking some telling questions about the
nutrition, history, geography and finding out some weird food facts.
Speculation is rife that they are planning a TV series together.
©Exclusivepix 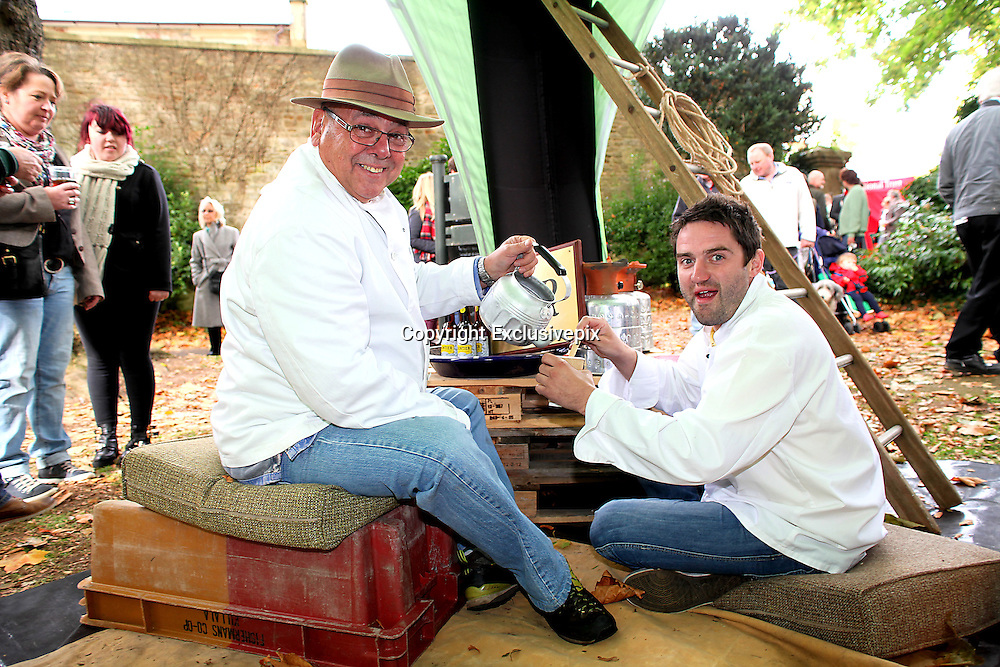