On the western bank of the Ganges in the ancient city of Varanasi, the fires of the Manikarnika Ghats have been burning for thousands of years.
This holy city, in Uttar Pradesh, India, is the most sacred place on earth for Hindus and it is believed that if a person’s ashes are scattered here then their soul will finally achieve nirvana (moksha).
But to liberate the soul, the worn-out body must first be burned.
A series of stunning and rare images, captured by photographer Michal Huniewicz, give a remarkable insight into the last hours of the Hindu body at Manikarnika Ghats - the largest cremation site in Varanasi.

Up to 300 people a day are cremated at this ‘burning ghat’, named for the steps that lead down to a body of holy water.
For centuries, the old and sick have flocked to the site to die here on the banks of the Ganges, and special buildings on the site are reserved for those awaiting their final hours.
But the atmosphere at the giant funeral site is not one of sorrow, as mourners instead laugh, chat and play cards as the funeral preparations are carried out.
The Hindu attitude to death is not one of loss, but instead follows the idea of ‘shedding’ the worn-out body, as one might throw away clothes that are too worn-out to wear.
The Varanasi site is a hive of activity, families weave between the piles of wood gathered for burning bodies; livestock amble around funeral parties; and spectators and tourists mill around observing ceremonies.
The funeral process is vital in achieving nirvana, and the ritual’s many stages must be perfectly performed or the soul won’t find its way in the afterlife.

To begin, the remains are carried through the alleyways of the old city to the holy Ganges on a bamboo stretcher swathed in colourful cloth.
The closest male relati 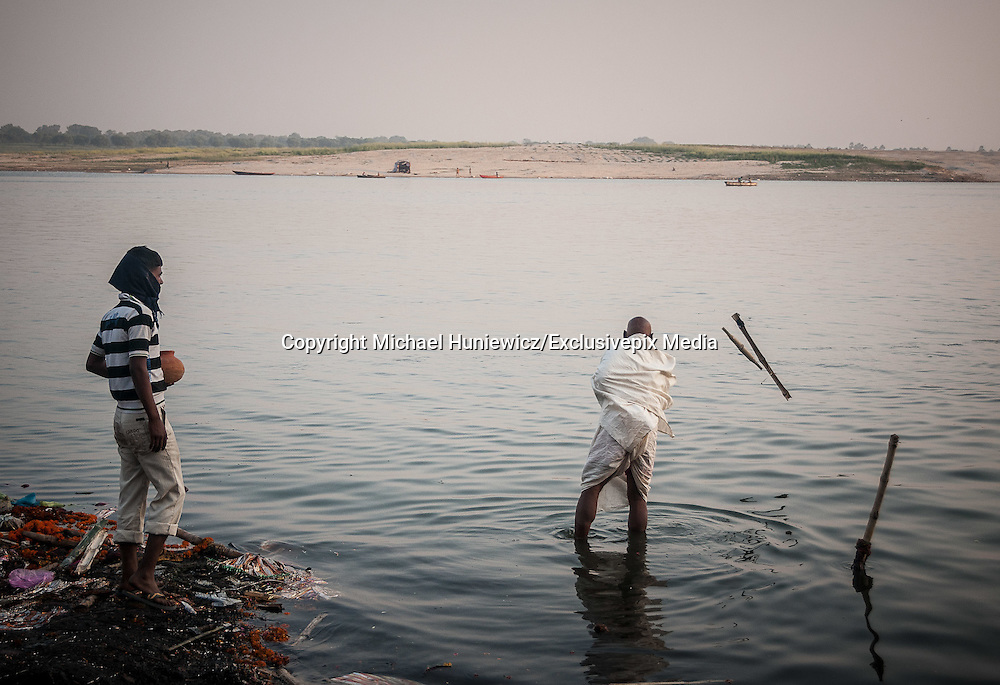