Photo shows: This young girl was photographed in Myanmar carrying a puppy. Her face is covered with thanaka cream, a tradition which is common among women and girls in Myanmar, which was previously known as Burma 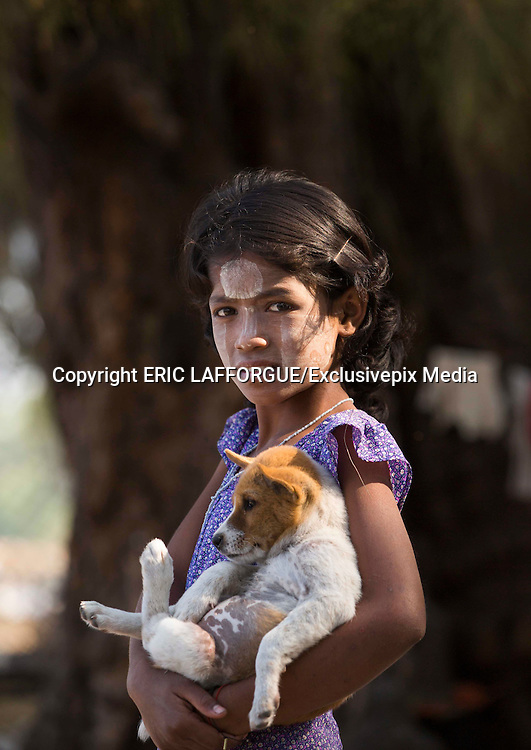