PRINCE Harry is dating the gorgeous ex of Formula One race ace Jenson Button, according to The Sun.
Harry, 26, is having secret trysts with lingerie and swimwear model Florence Brudenell-Bruce.
The pair have known each other for years. But a Royal source said they became "an item" after the Prince made it clear his sometimes turbulent romance with long-term love Chelsy Davy had run its course.
Harry's new girl is a rare beauty - and VERY posh.
Leggy Florence, 25, is the daughter of Old Etonian wine merchant Andrew and his French wife Sophie.
And she is a descendant of the seventh Earl of Cardigan, who led the Charge of the Light Brigade.
Army helicopter pilot Harry and Florence - known as Flee to pals - have spent intimate time together at her £2.5million home in trendy Notting Hill, West London.
Last night a well-connected Royal source said: "It's very early days but Harry and Florence are an item.
"She is a lot of fun, blonde and very good-looking. Harry really likes her."
Florence stayed coy when asked about her relationship with the Prince yesterday as she returned home wearing a pair of sexy denim shorts and sheltering from rain under an umbrella.
he fair-skinned beauty, who appeared in a Bollywood film during a foray into acting, just blurted out: "There's not much to say."
Florence was privately educated at swish Stowe School in Buckinghamshire. She went on to study history of art at Bristol University - the same degree subject as Prince William and his wife Kate. She has maintained a passion for art and is a noted collector.
Her mum is a painter and her brother Henry is a sculptor.
Florence has exhibited her collection at a gallery in London's Old Bond Street.
And she once proclaimed: "Modelling and acting are what I do but they can be such a rollercoaster, whereas art is lovely to have in my life as a constant.
"I am obsessed with it. Whenever I finish a shoot 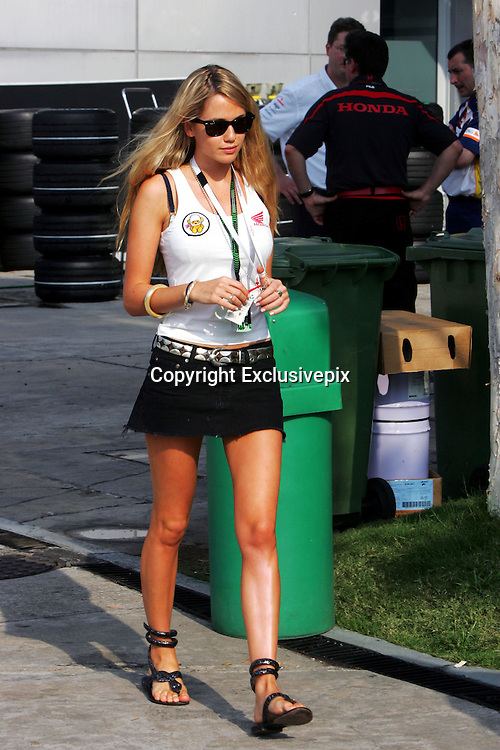