Photo shows: Boy riding a donkey in the Village of Oncocua, Angola 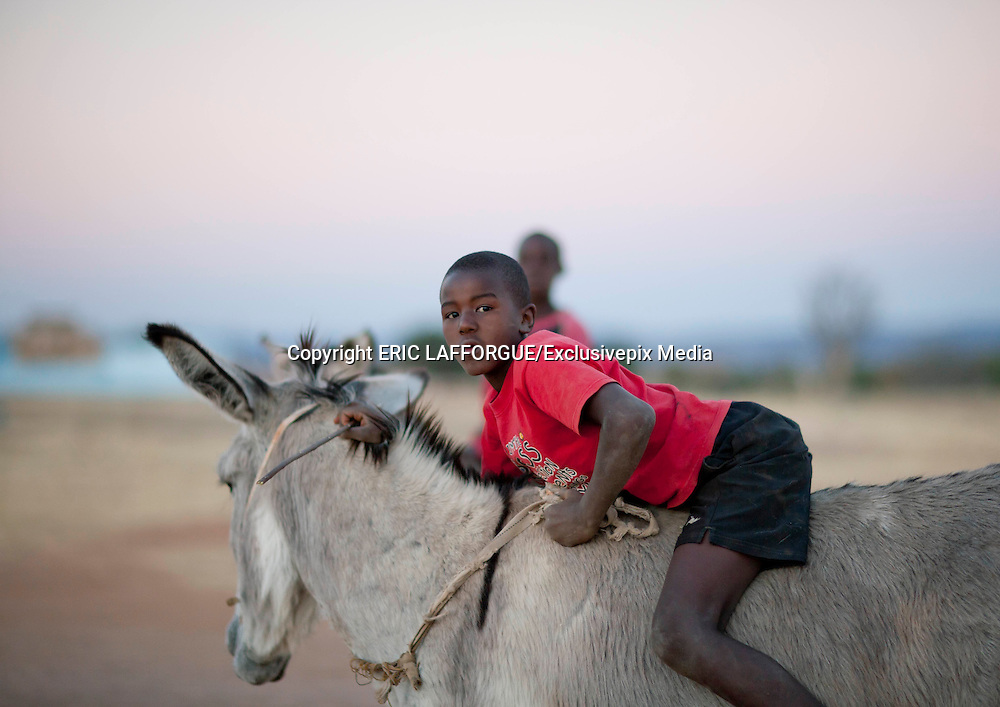