This is Max, the miracle puppy who survived being Thrown from the window of a speeding car. He was found close to death at the side of the road after the vicious act of animal cruelty. He was given plenty of love and nurturing, plus a cast for a busted leg, said police as they hunt the wicked motorist. The incident had such an affect on Laura Wills, who works at the Kent Police Force Communications Centre that she offered to adopt Max, and has forked out more than £1,100 on vet bills to help nurse him back to health. Max was one of three tossed out of the vehicle on the Wainscott Bypass, near Strood, Kent. When the report came in, Laura was the Medway supervisor at the communication centre.She said: When PC Dave Brett arrived on the scene he found that two of the puppies were already dead. He took Max to the PDSA and I got in contact to say that if he survived I would take him. The next day I took him home with me but he spent a lot of time at the vets as both his jaw and his leg had been broken and he had a big plaster cast. He also had fleas and worms but was still desperate to play and have fun! Max required 24-hour care from Laura and her family and he was also eating constantly to put some weight back on. Five months on and he is changed character.\nLaura added: He was 1.4 kilograms when we got him and now he is about 11 kilograms. He is absolutely huge but is such a softie and just loves to be with people and is so affectionate. When he is tired his jaw goes a bit wonky and his tongue hangs out because of the broken jaw he suffered but he really is just part of the family now.PC David Brett, based at Medway police station, attended the call. He said: This was a really heart breaking call to attend. It is hard to believe that anyone could treat animals so badly.
©Exclusivepix 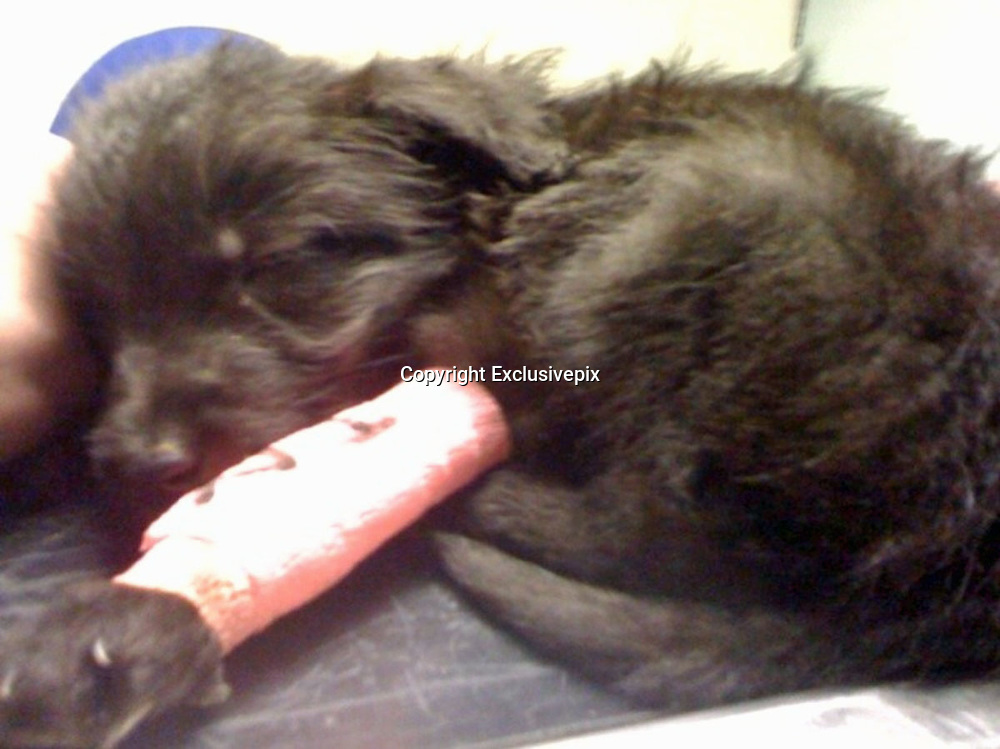