Meet the 'gypsies of the desert

Meet the 'gypsies of the desert': Photographer gains rare insight into lives of the nomadic Rashaida where girls are betrothed at six and most modern technology is shunned

Photographer Eric Lafforgue has pictured unique tribes in remote locations around the world but when he first tried to seek out the Rashaida in Eritrea, Africa, he couldn't find a driver willing to take him.
Then when he tried to meet them at a camel market in the United Arab Emirates he was warned by Pakistani workers: 'Do not try to meet them, do not talk to them, they are crazy!'
'When I first planned to visit the Rashaida, I couldn't find a driver who was willing to take me to their villages in the nearby desert. They regard them as dangerous "gypsies". "They will rob you and then try to steal my taxi," they all told me.
'After tough negotiations, one driver finally agreed to drive me to the Rashaida, but he dropped me off 200 meters from the camp.'  So why have the Rashaida, who have led a nomadic lifestyle in the barren and hostile desert for centuries, built up such a fearsome reputation? The Rashaida originally came from Saudi Arabia but can now be found in areas including Egypt, Libya and the Sudan. They move from place to place in search of grass for their camels - which helps them make a fortune as they can sell their prized animals to wealthy sheikhs for as much as £16,000 each.
Despite their wealth, they live in tents with no electricity and no running water - although some do embrace modern technology in the form of cars and mobile phones.
When Eric eventually meets the Rashaida, he is told by Salam Swalim Muhammed, the chief of the Massawa Rashaida village in Eritrea, of their business selling camels: 'Yes it is a lot of money, but you know we have big families to take care of! We work a lot, trading with Yemen, Libya, Sudan, Saudi Arabia...'

The chief revealed that they shun much of modern technology, including TV because 'the television shows sickness and disaster 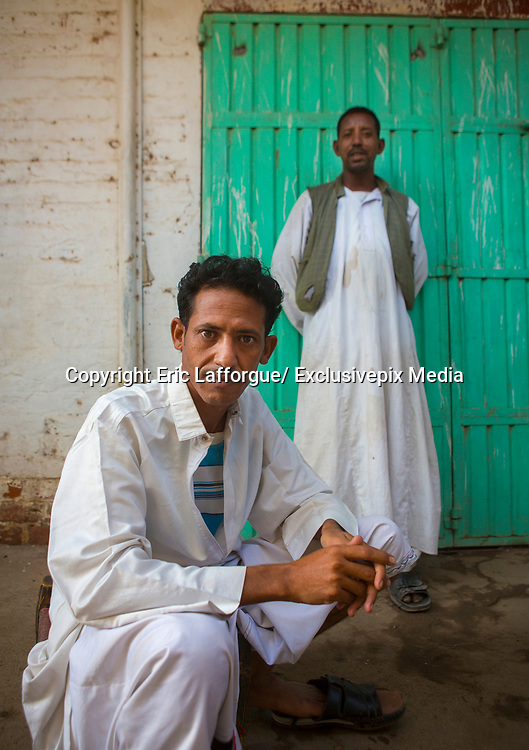