Photo Shows: VACHISLAV DANILOV is a medical researcher working at the Chernobyl Nuclear Power Plant (ChNPP or ChAES). He lives in Slavutich, Ukraine, with his son Ilya, one of his eight children, and Ilya's girlfriend Yulia. Here, he walks with other workers to return to the train station at the end of the work day. Although ChAES stopped ge 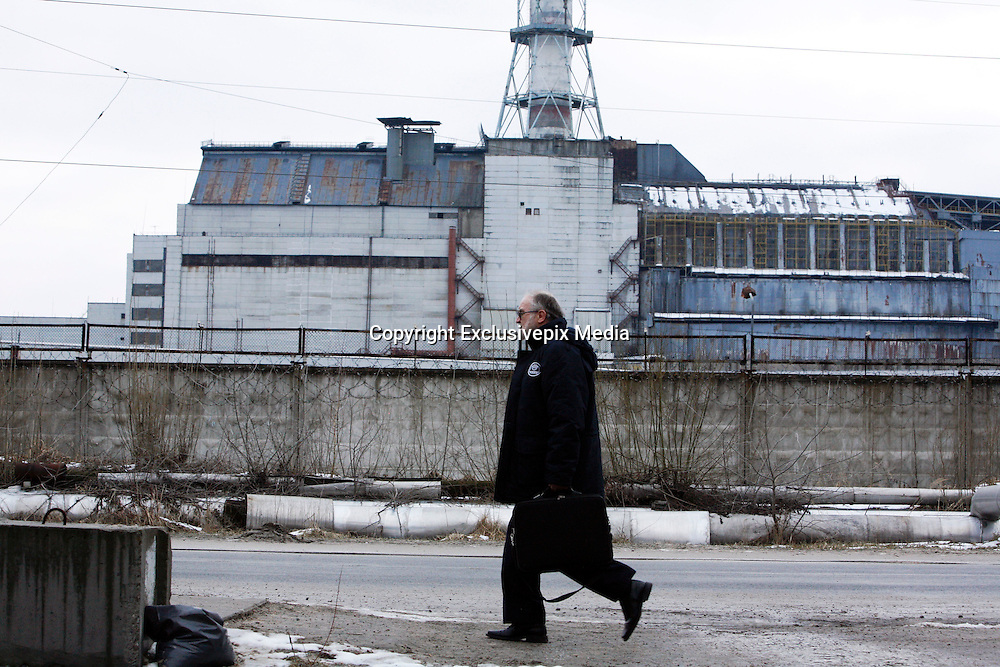