Photo shows: Women in Angola's Mucubal tribe, are famous for the way they dress. This woman is wearing a form of head-dress known as an ompota. The Mucubal are pastoralists who care for their cattle and goats and, like their distant cousins the Masai, rely on them for milk, meat and blood 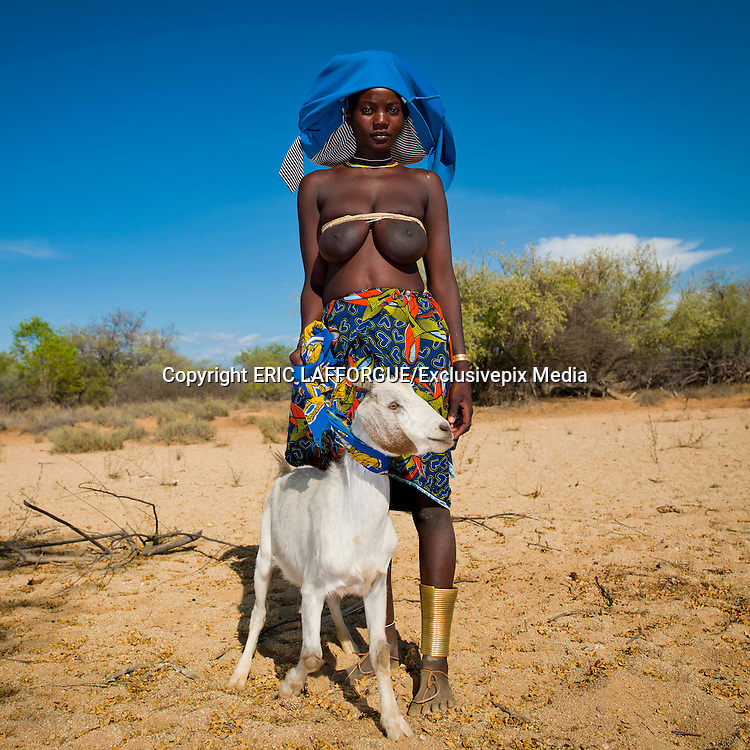