Is this mystery rock a dinosaur or just a hoax?

Is this mystery rock a dinosaur or just a hoax?

Fisherman in Siberia claim to have found the remains of a 150 million-year-old dinosaur or reptile in a river.

Their boat supposedly bumped into the head of the crocodile-like rock, which was apparently confirmed by scientists to be an ancient lizard or even a dinosaur.

The discovery was made by fisherman from the Wild North Fishing Club were travelling by boat down the Ruta-Ru River in the Yamal Peninsula of northern Russia.

Their boat struck something that they initially thought was a boulder, but on closer examination had a somewhat more familiar appearance.

Paleontologists are now heading to the river in Siberia to verify the potentially significant discovery.

Club chairman Yevgeny Svitov said: ‘It was hard to miss, because the boat driven by my colleague Oleg Yushkov had bumped against it. When he looked to see what it was he found this huge head.’
He said that they photographed it and when they got back they emailed the picture to the Zoological Museum of the Institute of Plant and Animal Ecology in the city of Yekaterinburg, Russia.

Their scientists came back to them to say that they believed it was the fossilised remains of a lizard that had lived about 150 million years ago, reports The Siberian Times.

The Institute's head Pavel Kosintsev said that it was not the first report of fossil discoveries in the region but it was the first photographic evidence that the rumours were 'true'.

He said all the indications were that there is possibly a wealth of similar fossils in the area.

‘We have dispatched an expedition there to investigate the remains and secure them for future study,’ he said.

‘At this stage though it's difficult to be precise about exactly what the find shows.’

The institute is confident that the remains have significant scientific value and they are hoping to recover them before the spring thaw washes them away.

However, speaking to MailOnline other experts expressed their 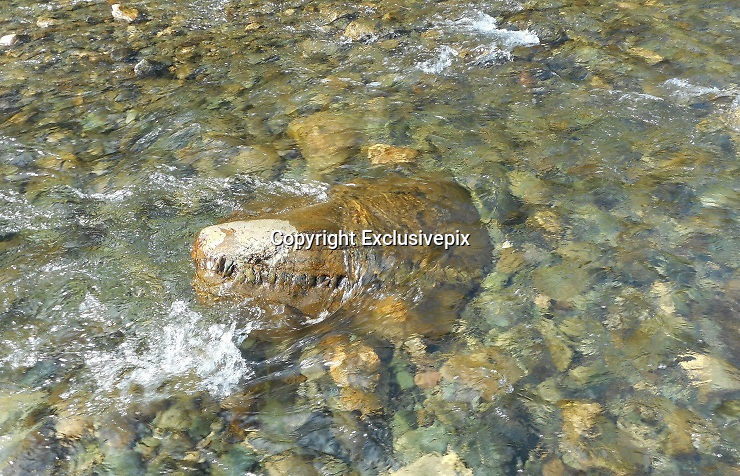