BEICHUAN, CHINA - APRIL 8: (CHINA OUT)
(Photo taken by mobile phone)
Pilot Fills Up Plane At Petrol Station After Running Out Of Fuel

A Model CH750 plane lands at a petrol station for oil filling on April 8, in Beichuan County, Sichuan Province of China. A Model CH750 plane under a test flight landed at a petrol station and filled up with 20L #97 gasoline in Beichuan County of Southwest China Sichuan Province. One of the pilot is a 55-year-old American and both of the pilots are from a local branch of an American plane manufacturer. The poilt told the petrol station staff they landed because they had ran out of fuel but this behavior is violation according to Chinas low-altitude airspace management regulations.
©Exclusivepix 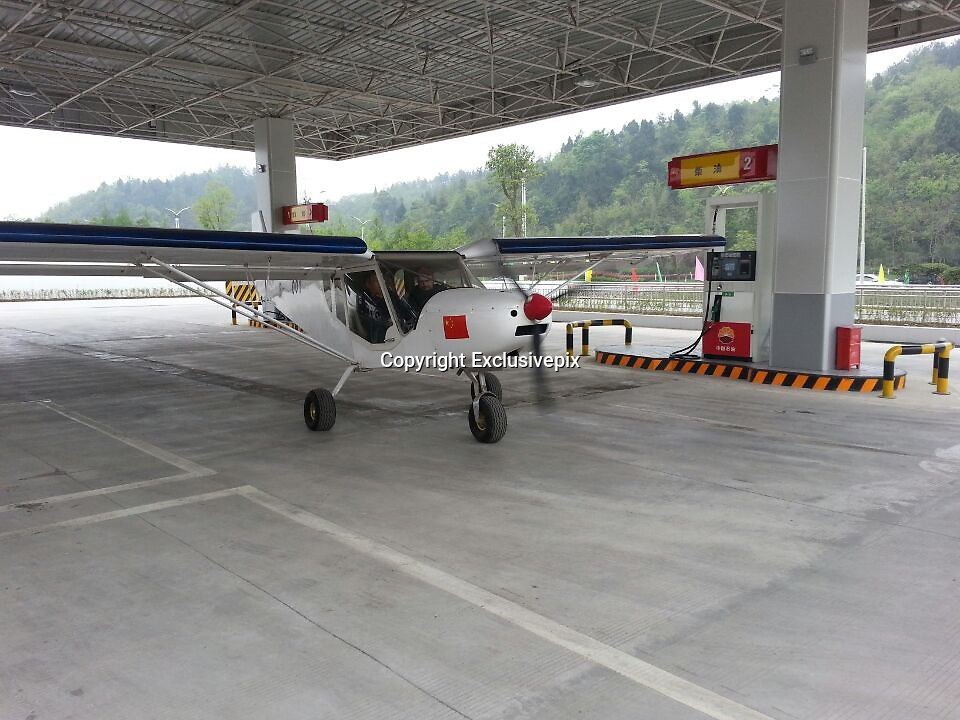