Lockdown in paradise as Kate jets in for Middleton family holiday

Lockdown in paradise as Kate jets in for Middleton family holiday

It has long been an idyllic retreat for the rich and famous – so you wouldn’t think the presence of Royalty would cause a stir.
But the arrival of the Duchess of Cambridge and her family on the privately owned island of Mustique has upset fellow holidaymakers.
Heightened security measures to ensure Kate’s privacy mean the Mustique Company, which owns the Caribbean island, is restricting the movements of other guests.
Tourists have been told that if they wish to dine at one of the island’s two hotels they must travel in a vehicle provided by the venue.
They are banned from using the rented ‘mules’ – the island’s fleet of souped-up golf carts – in case they try to take pictures at the Middleton family’s £15,000-a-week Aurora villa, featuring its own plunge pool and a stunning ocean view.
There have also been reports of guests being quizzed by security men while walking on the beach.
One local millionaire, who asked not to be named, said: ‘This isn’t exactly the way one expects to be treated when you pay very good money to visit the most exclusive island in the Caribbean.’
Kate’s party, which includes her parents Michael and Carole, sister Pippa and younger brother James, is staying at the villa owned by Mark Cecil, a hedge fund manager and friend of the family. Prince William is expected to join them shortly.

A security source on the island said the new arrangements had been put in place after discussions with the Duchess’s British team of bodyguards.
‘The concern isn’t crime,’ the source said. ‘It is that visitors might try to take photos of the VIPs who are here on their phones.’
Photo Shows: Aurora Villa on the island of Mustique. Kate Middleton (Catherine Cambridge) and her mother, father, brother and sister Pippa are rumoured to be holidaying. Prince William to join them later.
©Exclusivepix 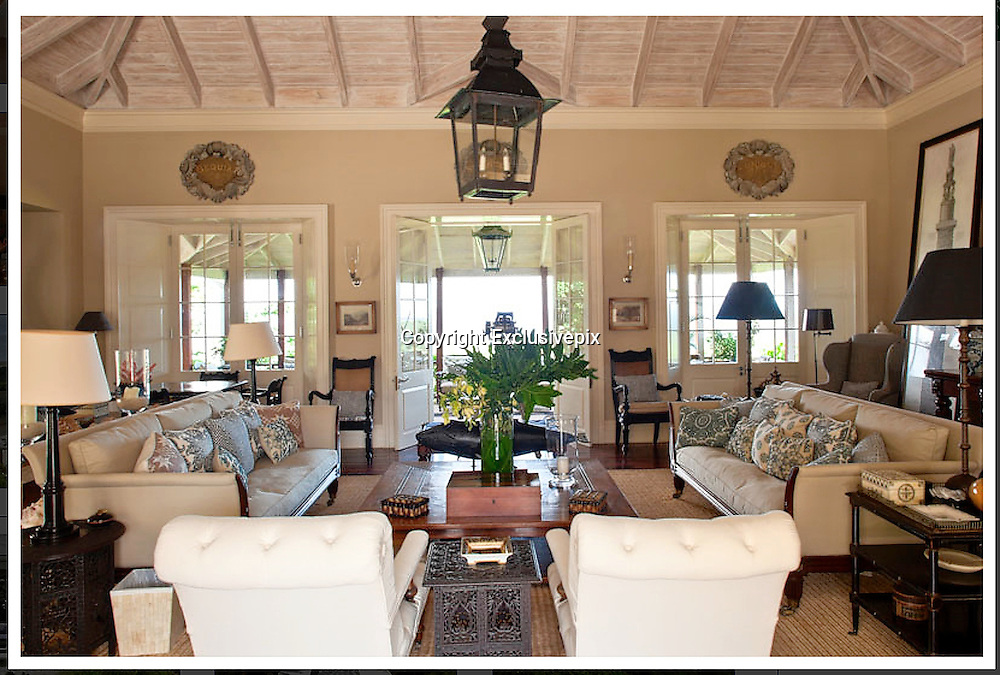