Indian boy, 10, claims his sense of smell is so strong he can identify colours, ride a bike and walk unaided while blindfolded

A ten-year-old Indian boy claims to have taught himself the ability recognise colours through his sense of smell with 'mind-training'.
Vikas Panchal, from Delhi, says he has also learned how to ride a bike, walk around unaided, and picking out a particular classmate from a line of fellow pupils, all while blindfolded.
He claims to have developed his unusual skills by spending two hours per day practising a particular type of mind exercise technique.

A video of Vikas demonstrating his abilities shows him picking up different colour balls and beads while having his eyes completely covered.
After smelling them for a few seconds, he then describes the colour, even differentiating between two different shades.

Other footage shows him blindfolded and riding a bicycle around his school playground and wandering around his local neighbourhood in Delhi wearing a blindfold while dodging potholes and pedestrians.
Vikas says his skills have been developed through a mind-training technique known as Midbrain Activation.
It targets the stimulation of a small part of the brain that acts as a relay centre for information gathered from the body's visual, auditory and motor systems.

It is claimed that people who develop their midbrain will never forget what they have seen or heard just once previously.
As a result, then are said to be able to carry out everyday tasks quite literally with their eyes closed.
Vikas spends two hours each day practising the technique and says it has also transformed his schooling and seen him rise to the top of his class.
His trainer Shri Bhagwan, said: 'His training is like meditation. We sit in a silent place and shut our eyes.
'Everyone's mind has two parts. One part is the left side and other part is the right side.
'Our right side is more active than the left side. With this technique we activate the lazy side of our mi 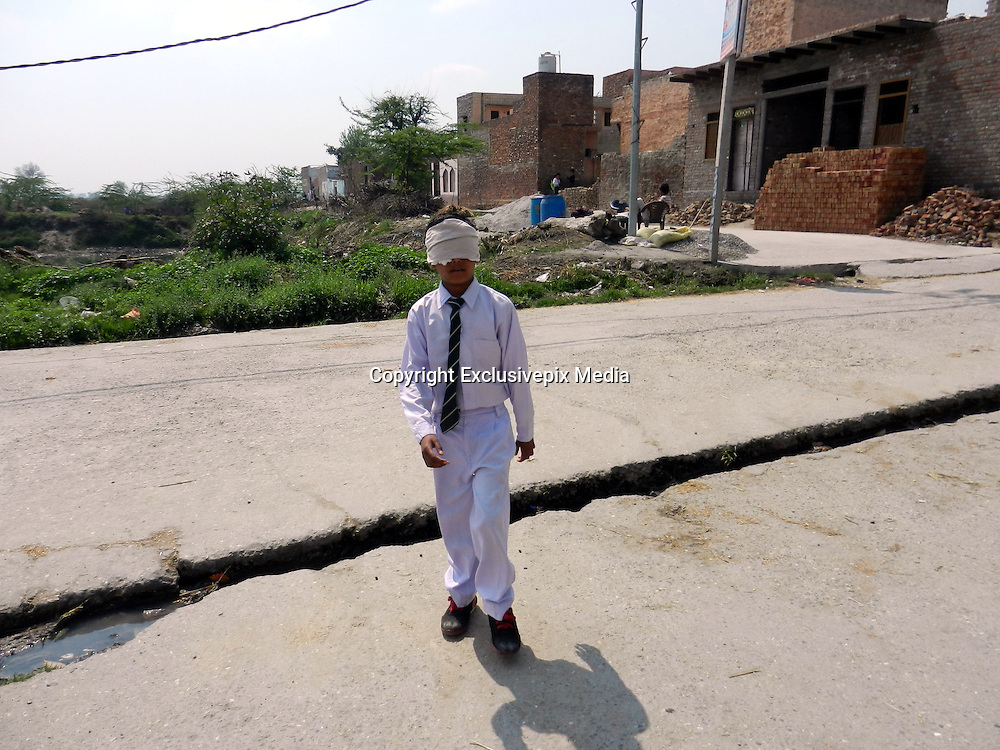