Photo shows: Few houses are along the road. My guides explains that they have been seized by the North Korea government when South Korea did not keep its commitments. A classic way to rewrite History in North Korea!
©Eric Lafforgue/Exclusivepix Media 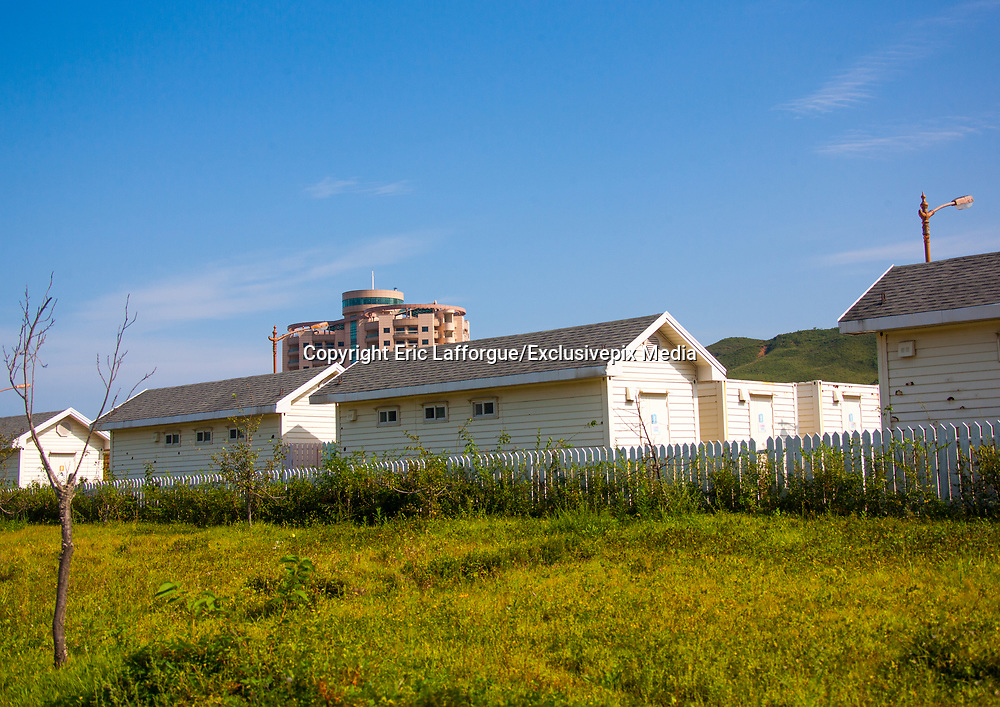