Living under the volcano in Papua

September 19, 1994 - An eruption of volcanoes on the opposite side of the harbor entrance devastated the town
of Rabaul, the former capital of East New Britain Island in Papua New Guinea.
Thanks to an early warning, very few people died. Rabaul’s town and harbor are craters made after massive explosions of gas, ash, rocks and lava took place about 1400 years ago.
In 1994, the town had to be evacuated because volcanoes Tavurvur, Vulcan and
Rabalankaia erupted. Over 30,000 people left the town itself and a further 50,000 from the surrounding area. Only four people lost their lives from the ash falls. One other was killed by a lightning strike south of Vulcan. This is a remarkably low death toll bearing in mind the potential for a much higher number had an evacuation not taken place in time.
When the volcanoes erupted in 1937, 500 people died.
The rains have soaked up the thick ash that has fallen on houses, and the weight has collapsed an estimated 80% of the buildings.
There is one hotel under the volcano The “Rabaul hotel” still welcomes tourists. After being severely damaged by fire in 1984 the hotel was rebuilt and reopened in 2005.
All the rooms have a volcano view though you can’t see much since the wind blows the ashes towards the hotel. It is an incredible experience. Once in the nice clean room, you feel like you’re in a submarine!
Living in and around Rabaul is safe as the volcanoes are quite predictable and
are constantly monitored for the precursors of activity.
The former airport is now under 3 meters of ash. Rabaul Airport was completely destroyed in the 1994 eruption.
The airport was in the direct path of the falling ash. Nobody knows why they built it at the foot of the volcano, since there has been a history of eruptions.
Some people still live in the volcano area as they do not have enough money to leave their homes. All day long, they have to protect themselves from ashes and winds. My camera did not res 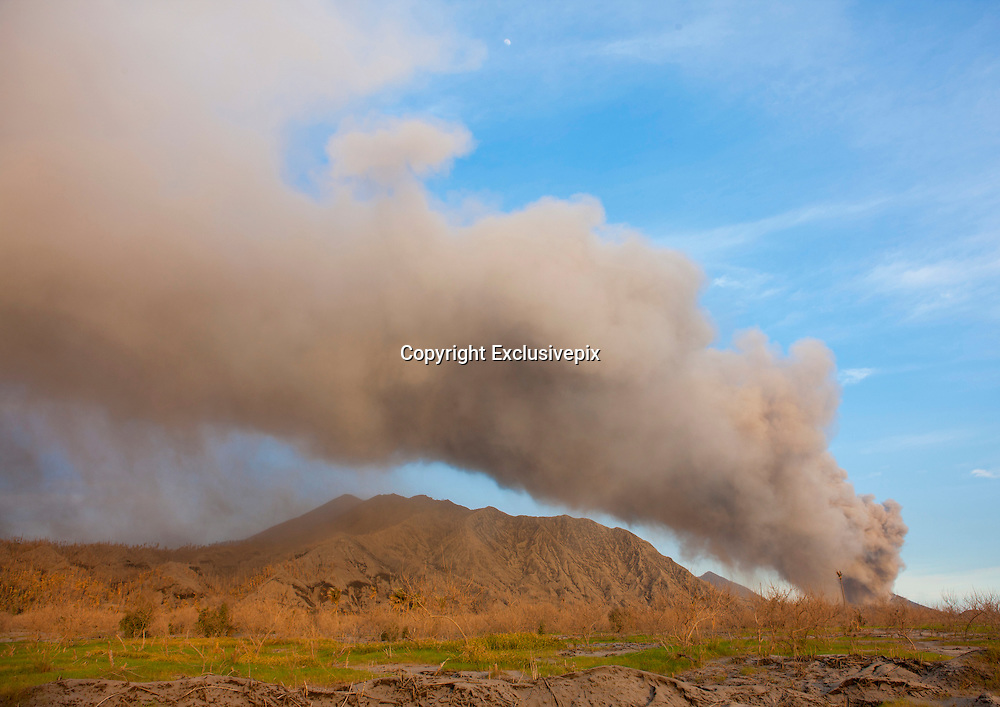