Mahakant Mali hanged himself from a mango tree a short distance from his farm a few weeks ago, a victim of the severe drought affecting central India

Mali’s soya bean crop had withered away and he had racked up loans of 150,000 rupees as he bored wells to find water in Maharashtra state.

On a Monday evening, the 55-year-old told his wife he was going to meet a friend and did not return. A child discovered his body the following morning.

“What can I do?" says his widow Kamalbai at their home in Gategaon, one of 943 villages in Maharashtra’s Latur district.

Latur is part of the state’s predominantly agricultural Marathwada region, where 273 farmers committed suicide between January and March this year.

The area is among the worst affected by the drought and some families in Latur have left for cities such as the state capital Mumbai, nearly 500 kilometres away. In Latur town, there are huge queues at water storage tanks that are fed from dams. People wait in the searing heat for hours, sometimes the entire day, to fill up their containers. Police guard some of the tanks to prevent fights.

Water is also being supplied to Latur by rail, with two 50-wagon trains arriving last week. The water is first taken to a filtration plant before being distributed across the town by lorry.

The Indian government says about 330 million people in 10 states are affected by the drought, which has been blamed on two consecutive years of poor monsoon rainfall. Adding to their misery, temperatures are above 40°C – unusually high for the time of year.

Widespread production of sugar cane, a water intensive crop, in Maharashtra’s Marathwada region, which includes the districts of Latur, Beed and Osmanabad, is also widely blamed for draining water resources.

“The priority is drinking water and getting food grains to the people," says Saqueb Osmani, the disaster managemen 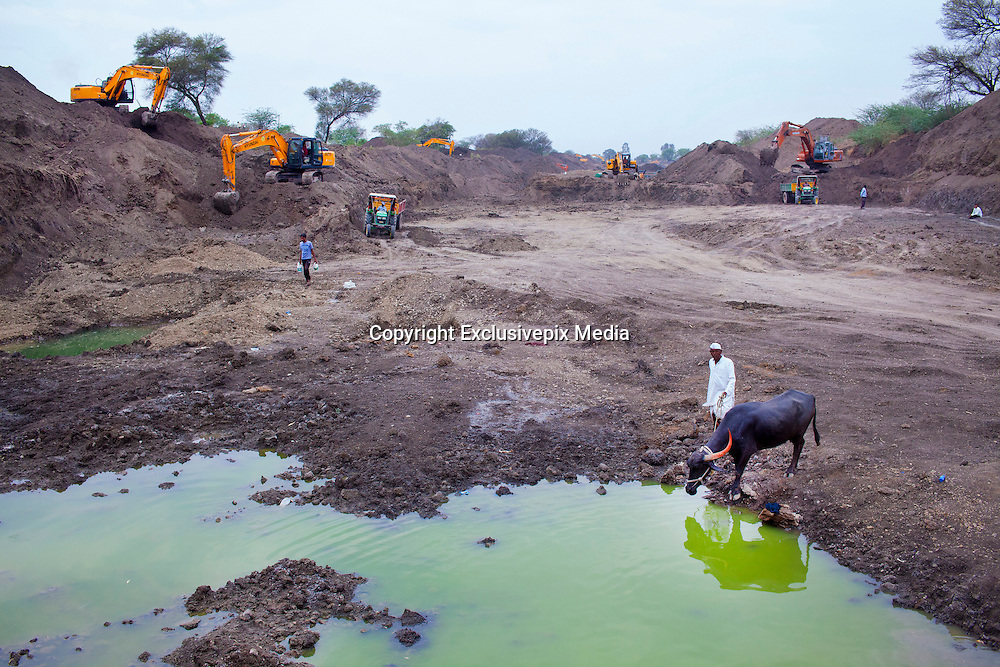