Photo shows: Aerial view of cows suffering from the drought grouped in fences to be fed by the governement, Oromia, Yabelo, Ethiopia
©Eric lafforgue/Exclusivepix Media 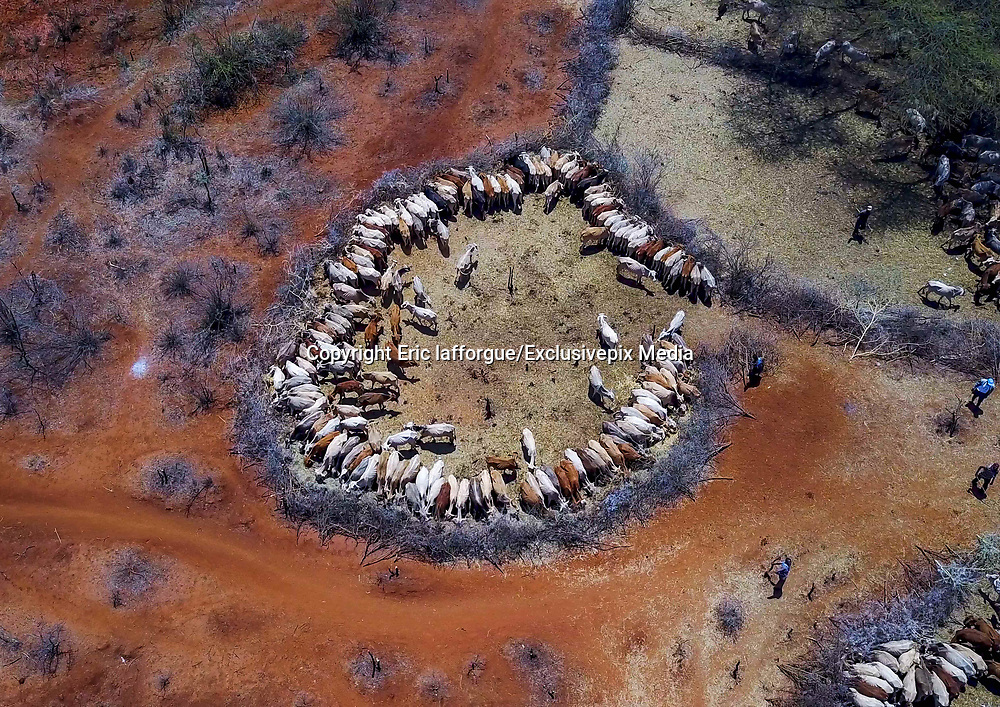