40% of the world’s twins are born in Africa. Benin’s Fon people have one of the highest occurrences at 1 in 20 births. The high rate of infant mortality and voodoo religion, Benin’s national religion, have begot some very particular practices concerning the deaths of one or both of these twins. In many other societies, twins are regarded as bad omens and often killed or abandoned at birth. However, in the Fon culture, twins have always been revered because Nana Buluku, voodoo’s androgynous creator of the universe, gave birth to twins. These twins in turn created the voodoo deities that run the world.

Once a twin dies, a wooden statue called the “hohovi” is carved, within which the spirit of the dead child is placed. These figurines are deified and treated almost exactly like the living children. For the Fon, twins are immortal. They continue to live even after their death, bringing blessings or misfortune depending on if there are either pampered or abused.

Three months after the birth of twins, if they are still living, the parents go collect gifts from other members of their community. If one or both of the twins die, then the mother carries the statues around between her breasts and walks around with a tray on her head, receiving alms for the twins. All donate some money or food. The mother may even take some wares on display at the market. If a woman is rich or powerful, then she sends someone to conduct this collection in her place.

In Bopa, a village situated on the banks of Lake Aheme in southern Benin, Dah Tofa and his wife reside. Dah Tofa, an educated man in his 60s, is a voodoo priest. His wife, who is around 40 years old, speaks only Fon. I ask for her name and she tells me the name she was born with, but this causes a bit of an incident. Her husband explains that she was supposed to say “Hounyoga”, the name of the voodoo goddess she worships whose name she took. Her husband tells me 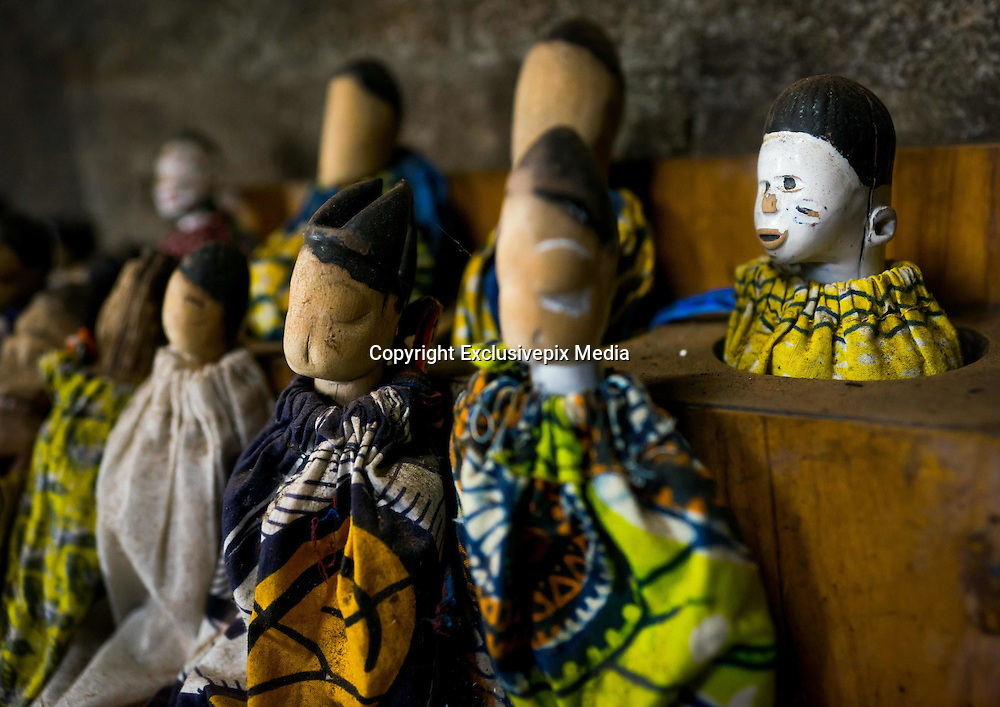