In a land as parched as Kenya's Tsavo West National Park, no visitor arrives with more fanfare than the water man.

That would be Patrick Kilonzo Mwalua. And when he rumbles down the dusty road bearing some 3,000 gallons of fresh water, the elephants, buffalo, antelope and zebras come running.

They've come to know the water man by the rumble of his engine. And his lifesaving cargo. "There is completely no water, so the animals are depending on humans," Mwalua said,. "If we don't help them, they will die." Mwalua fills the bone-dry watering holes in the region, driving for hours on end every day to haul water to where it's most desperately needed.

The holes themselves, lined with concrete, often need cleaning — Mwalua blames it on buffalo droppings — and sometimes, he will just hose down an area of cracked earth for the grateful animals.

"The buffalo roll in the mud so they suffocate the fleas and ticks," he says. Many animals don't even wait that long, fearlessly crowding the truck as Mwalua cranks the tap.

"Last night, I found 500 buffalo waiting at the water hole," he says. "When I arrived they could smell the water. The buffalo were so keen and coming close to us.

"They started drinking water while I was standing there. They get so excited." Mwalua, who is a pea farmer in his local village, came up with the idea after seeing firsthand the grim toll climate change has taken in his native land. In the last year especially, he says, the area has seen precious little precipitation, leaving animals to die of thirst in these cracked lands.

"We aren't really receiving rain the way we used to," he says. "From last year, from June, there was no rain completely. So I started giving animals water because I thought, 'If I don't do that, they will die.'" Between road trips, Mwalua runs a conservation project called Tsavo Volunteers. The 41-year-old also visits local schools to talk to children about the wildlife that is their legacy.

"I was born around here and gre 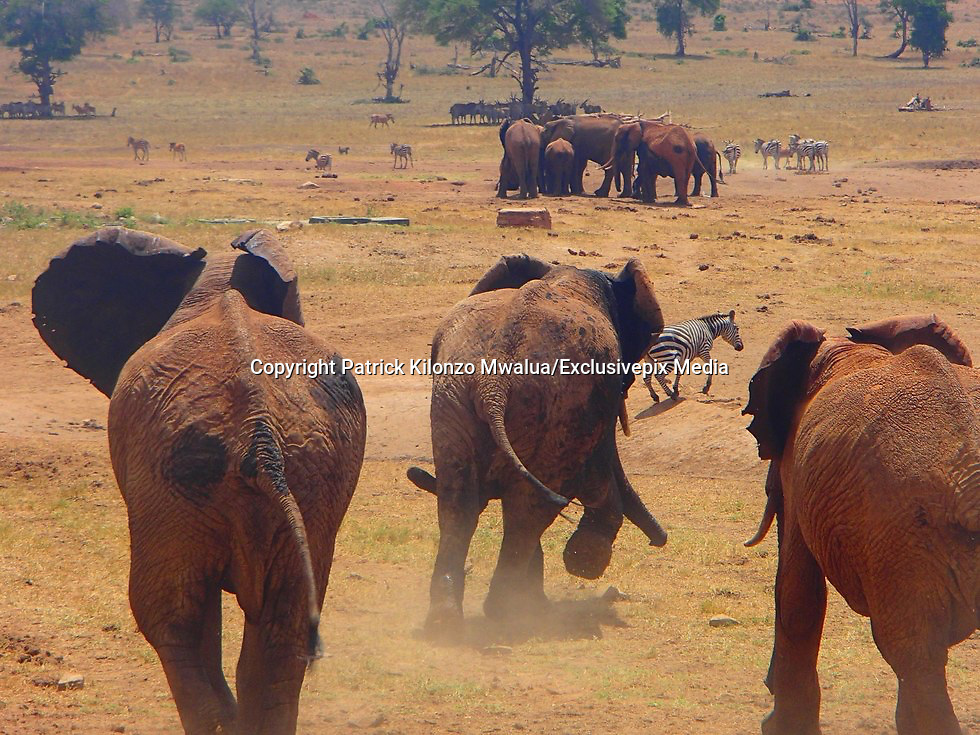