They are not the most likely of friends - but this lonely hippo has made some canine chums at a wildlife sanctuary.
The baby was found abandoned without his mother at just two weeks old by the Conservation Lower Zambezi in Zambia.
Called Douglas, the hippo appears perfectly content as terriers Molly and Coco gave him a friendly sniff.

Last May, he was flown to the Chipembele Wildlife Rescue, where he will stay until he is big enough to be released into the wild.

Staff feed Douglas milk to build him up and have taught him how to swim in the sanctuary’s pools.
They hope one day he can join the wild population in the Luangwa River.
But it remains to be seen how long his friendship with the terriers will last as he grows up.

Male hippos grow to 5ft in height and 15ft in length.
Although just weeks old, it took six men to carry Douglas out of the plane.
The baby hippo would have weighed around 100 pounds (45 kg) at birth but could grow up to 8,000 pounds (3,629 kg).
Hippos, found in the wild only in Africa, spend up to 16 hours a day submerged in rivers and lakes to keep their massive bodies coolin the hot sun and can live up to 40 years.
©Born Free/Exclusivepix 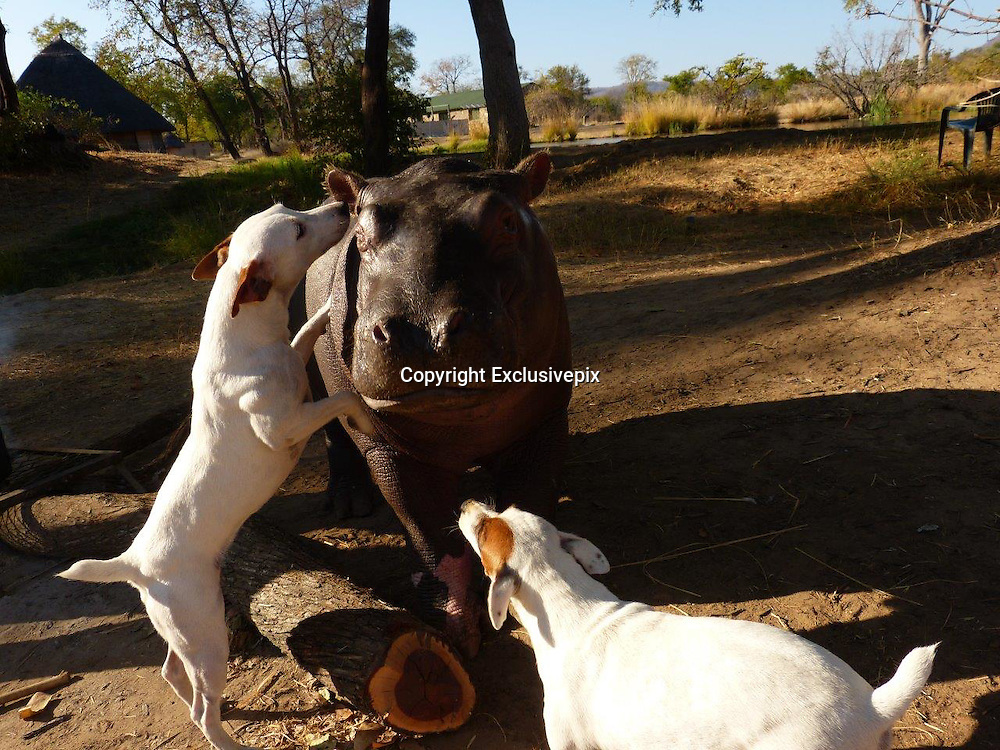