Doctors during an operation that changing a girl\'s oversize skull with a 3D printed skull at the Second People\'s Hospital of Hunan Province on July 15, 2015 in Changsha, Hunan Province of China. 3-year-old girl Hanhan\'s congenital hydrocephaly with 85 percent hydrocephaly made her skull 3 times bigger than the formal ones. Doctors of the Second People\'s Hospital of Hunan Province used 3D printing technology create a titanium alloy skull and made a 17-hour operation to set it on Hanhan\'s head successfully.
©Exclusivepix Media 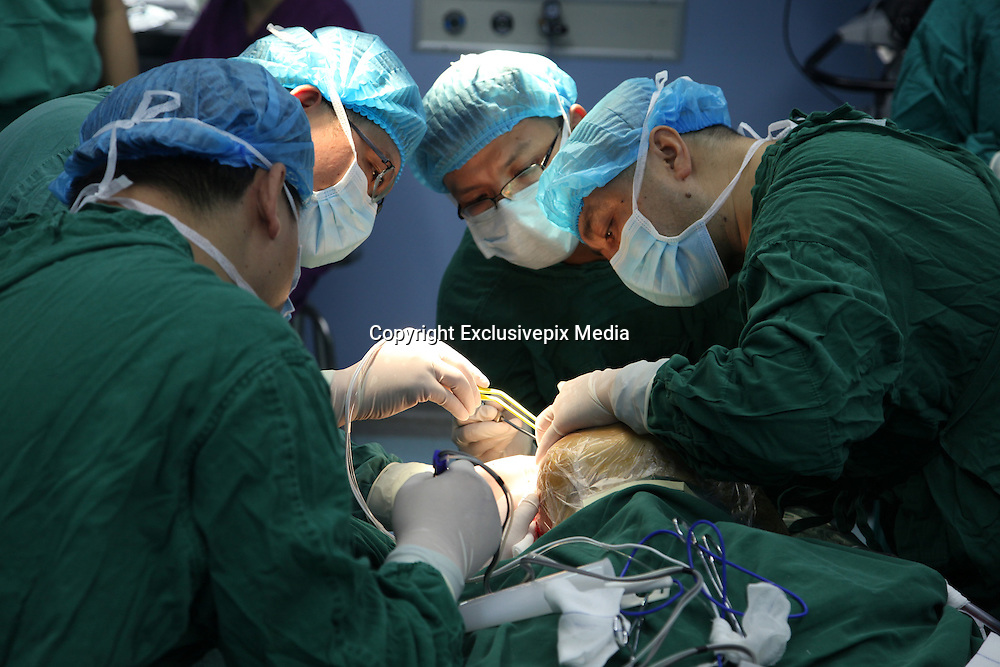