Children of sea tribal or called sea people were playing with a parrot in a Kajang canoe at Tajur Biru island in Lingga, Riau Islands province, Indonesia.
Sea Tribe or called sea people who inhabit Tajur Biru Island, Lingga Regency, Riau Islands Province - Indonesia, sea people is the last existing tribe.
only 15 families 52 people in total. Sea people are wandering tribes who live in the sea. The indigenous people called the sea because it has characteristics specific life, such as family life in the boat and wander along the waters.
Historically, Sea People used to be a pirate, but it plays an important role in the kingdom of Srivijaya, the Sultanate of Malacca and Johor Sultanate. They keep the straits, repel pirates, guiding traders to harbor , and maintain their hegemony in the region.
©Exclusivepix Media 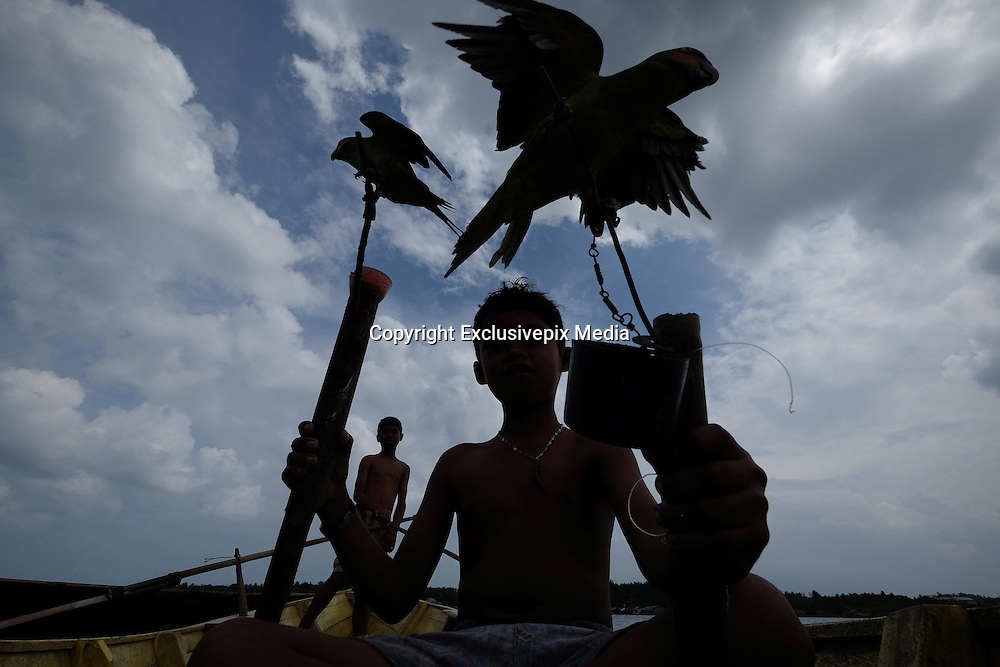