Photo shows: In Samjiyon museum, Paektu is displayed in front of a television showing the dear leaders visiting the place. On this day, the DVD was broken and a Microsoft logo was displayed!
©Eric Lafforgue/Exclusivepix Media 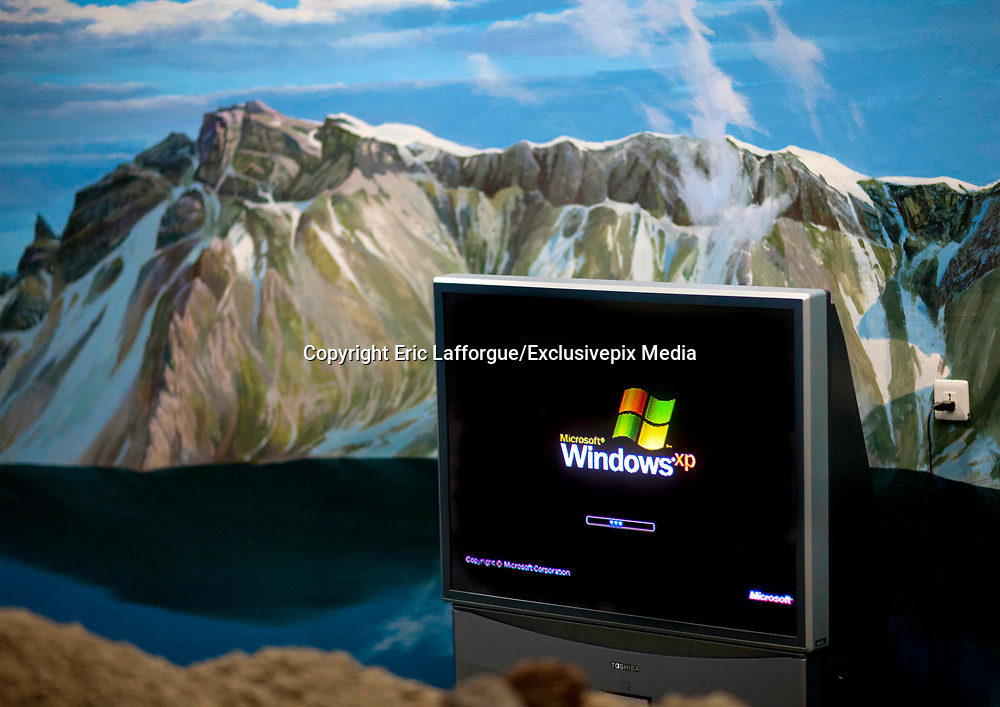