On march 11 at 2:46 pm 2011, Japan was hit by a 9.0 earthquake magnitude which generated a tsunami on the japanese coasts. Here in Futaba beach, the giant wave has broken the first floor of an hotel.

5 years later, the scars of the tsunami are still visible like in Tomioka town . The law now prohibits to live in areas destroyed by the tsunami . Only the industrial or commercial activities are allowed, but the candidates are very few to come.

The road fences have been bent by the strenght of the waves. Only the police patrols in the area to monitor the few houses still standing and controlling the curious visitors. In the distance the speakers encourage visitors and workers to consult a doctor in case of persistent headaches .

The tsunami hit the Daaitchi nuclear plant , that can be spotted from Futaba beach . The disaster was rated level 7, the equivalent of Chernobyl. In 5 years, nearly 50 000 people have worked with strong financial incentives to decontaminate the plant and stop the leaks.


Radiations sensors indicate the radioactivity level, but in these red zones classified as " difficulty to return zone" by the governement, there is no one to read. 1 millisievert is the maximum permissible exposure limit during one year for humans..


Depending on the degree of contamination in which is their home , residents receive compensation from TEPCO company. In the red zone they receive $ 1,000 per month per person . This creates tension in the population because those who are on the other side of the fence as here in Tomioka , receive nothing.


In the « orange zone » , residents have the right to visit their home if they want to take care of it, like here in Naraha . This man comes weeding his garden. His wife refuses to come , and he will not bring his childre 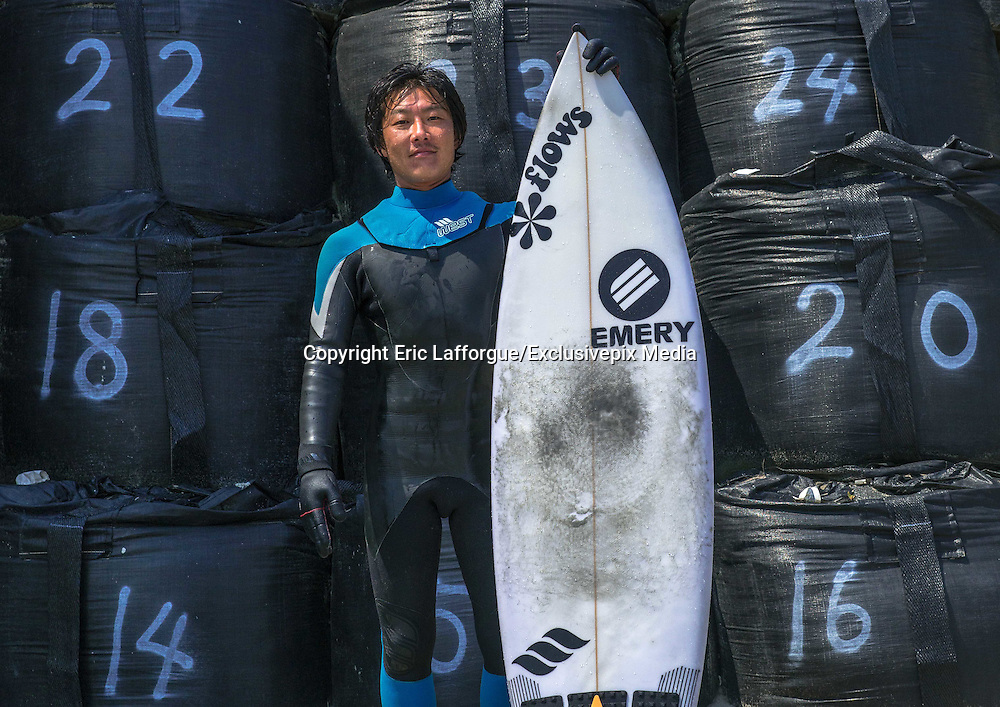