Photo shows: In summertime, the road leading to the top is free of snow and ice. Only a very strong wind blow all year long.
©Eric Lafforgue/Exclusivepix Media 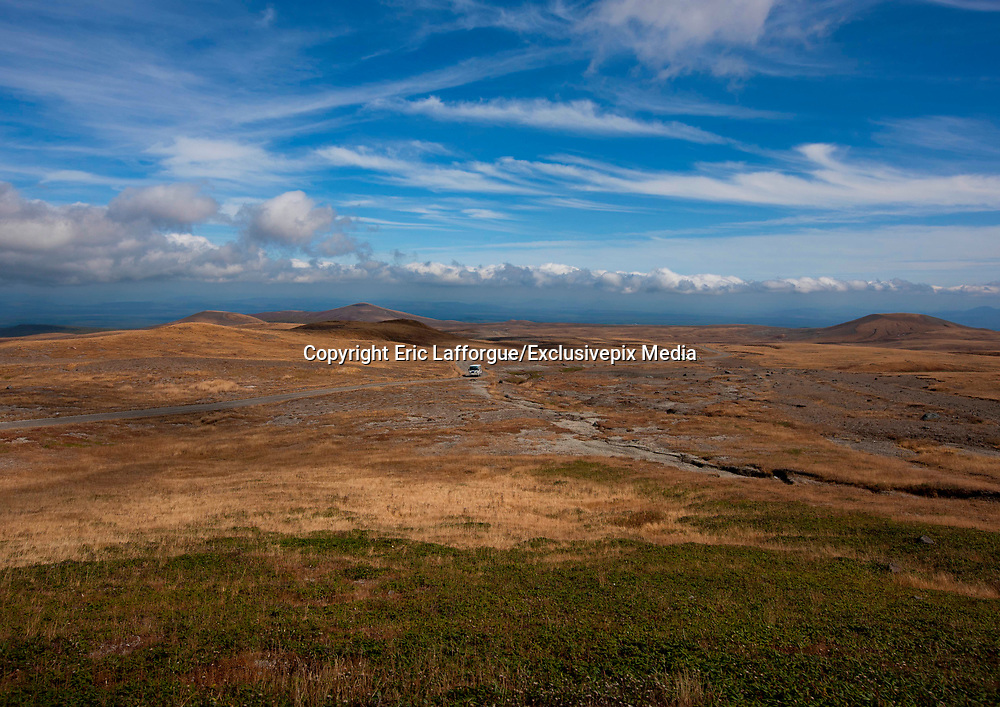