Mission Insanity: Russian daredevils' reveal meticulous plan which helped them climb to the top of Europe's tallest building (where the temperature is always below freezing)

Mission Insanity: Russian daredevils' reveal meticulous plan which helped them climb to the top of Europe's tallest building (where the temperature is always below freezing)

Scaling a 1,000ft building takes a lot of courage and skill. Add breaking and entering, mapping CCTV systems, hiding from Russian security guards and you have a mission bordering on insanity.
Mercury City Tower, an office and residential building in central Moscow, Russian, is set to be the tallest building in Europe - once it is finished.
Using a plan fit for Mission Impossible, a team of Russian daredevils braved violent guards, cameras and the freezing cold to climb 1,214ft to tip of a construction crane on top of the building.
Mercury City is in its final stages and the construction site is protected by a multi-level security system which includes cameras, motion detectors and guards, not to mention the 'real-life anthill' of construction workers who, according to climber Vitaliy Raskalov, will not only ring the alarm but also 'beat you up really badly'.
'There is no legal way for regular guys to get upstairs', says roof climber Raskalov as he unveils the plan.
In their mission to conquer Mercury City, Raskalov and his four team members had been watching the site for weeks, resulting in a perfect plan to avoid detection.
The group mapped all the security camera system's blind spots as well as worked out the walking paths of the security guards.

Following their plan, the crew sneak inside the building site dressed as construction workers and are forced to hide behind corners from patrolling security before climbing up 75 flights of stairs to get to the top floor.
But for Mr Raskalov and his friends that was never going to be enough. Determined to reach higher than anyone before them, they had their eyes set on the dangerously unstable construction crane on top of the building, adding another 104ft to their climb.
Deemed a mission too dangerous whilst the crane is in operation, the team hav 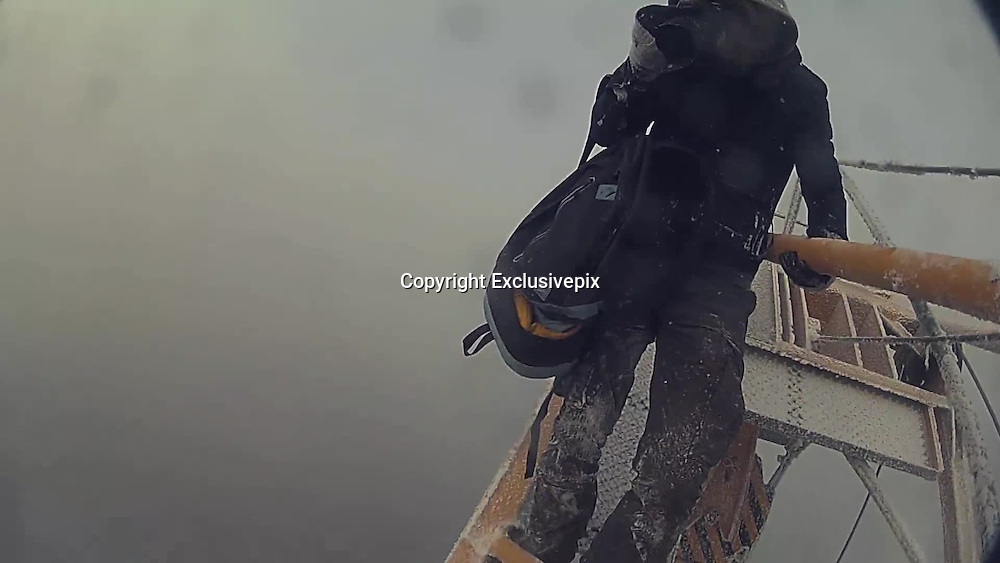