Photo shows: Kim Jong Il and his parents on a fresco in Paektu.They are called the “three commanders of Mt Paektu.”. The official bio says Kim Jong Il birth was believed to be supernatural as a double rainbow appeared, a new star emerged in the sky, and the season changed from winter to spring, when he was born.
©Eric Lafforgue/Exclusivepix Media 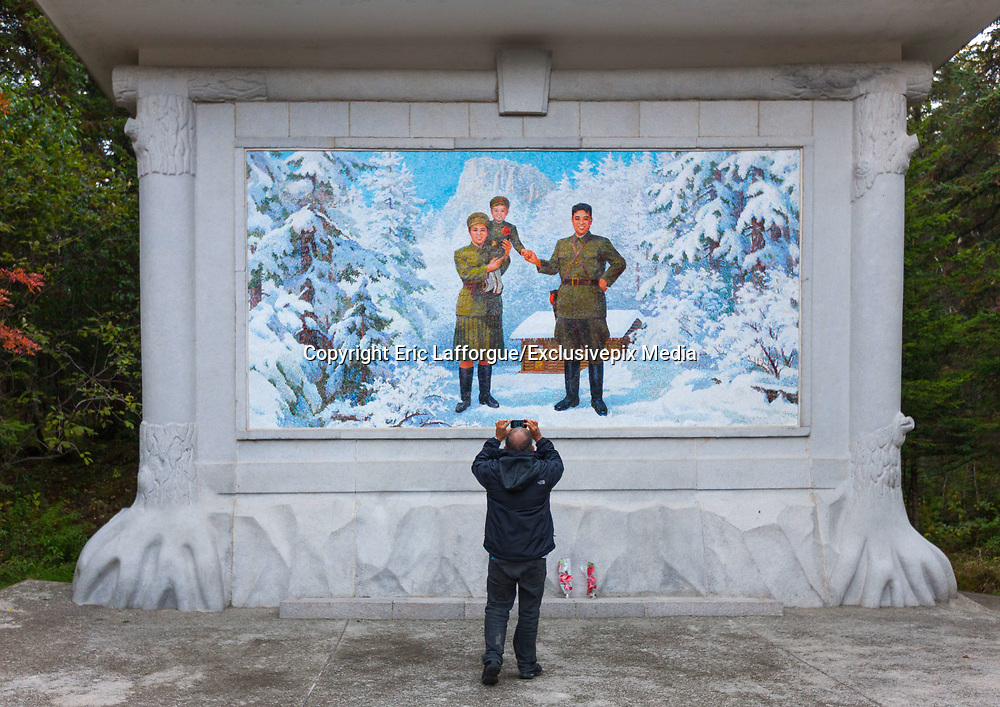