The first Hasselblad camera body and Zeiss lens carried into orbit by Wally Schirra on Mercury-Atlas 8, and attested to by Gordon Cooper as being used during Mercury-Atlas 9 will be auctioned by Boston, MA based RR Auction in November.

Wally Schirra identified the Hasselblad as his equipment of choice—held in highest regard by photographers for its superior engineering, craftsmanship, and top-of-the-line quality.

Schirra reportedly purchased the Hasselblad 500c camera at a Houston photo supply shop in 1962, and brought it back to NASA for mission use preparation.

“It was not until astronaut Wally Schirra—a known camera enthusiast—naturally sought the finest camera available at the time to accompany him on his MA-8 mission that NASA’s photographic identity began to take shape,” says Bobby Livingston, Executive VP at RR Auction.

The modifications that were made by the United States Air Force camera laboratory in conjunction with Wally Schirra and fellow astronaut Gordon Cooper included the installation of a 100-exposure film container, an aiming device mounted on the side, and modification of the camera surface, plus the original metal facing was repainted black to minimize reflections.

Following the camera’s initial success with Schirra on MA-8, Cooper used a Hasselblad—along with the same Zeiss lens on the next Mercury mission, MA-9.

Accompanied by two signed letters from Gordon Cooper attesting to the camera's authenticity.

A special live auction of the First Hasselblad Camera used in Space is scheduled to take place on November 13, 2014 at 3:00 pm ET, at RR Auction’s Boston Gallery.
©RR Auction/Exclusivepix 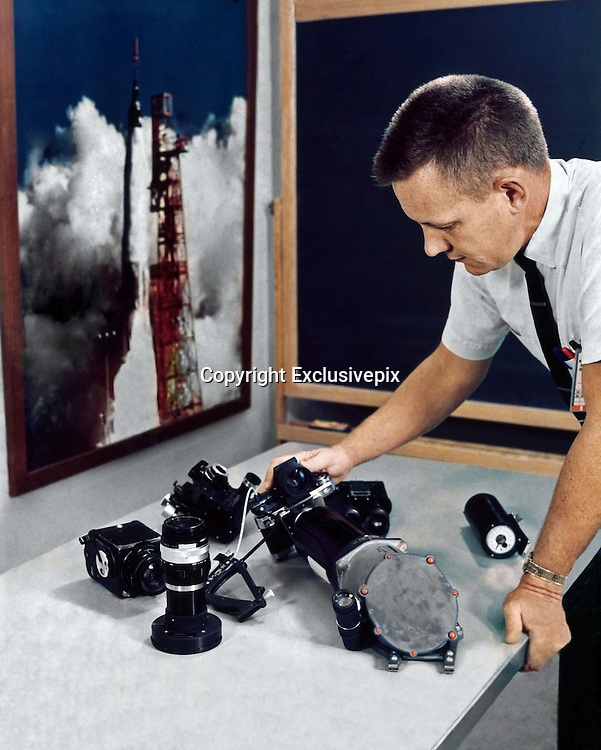